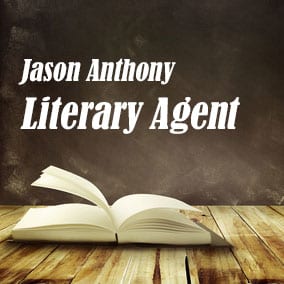 Jason Anthony Literary Agent – This article about Literary Agent Jason Anthony and Massie & McQuilkin is part of a series about literary agents and Finding a Book Agent. Publishing Agent Jason Anthony is an agent with Massie & McQuilkin. DO NOT QUERY THIS AGENT AT THIS TIME: Jason is not currently accepting unsolicited submissions. He joined the agency after a few years with Zachary Shuster Harmsworth. Book Agent Jason Anthony graduated from Columbia University in 1993 with a B.A. in film and is the co-author of five published books. Jason Anthony previously worked as a film executive for a decade. He specialized in developing TV and film properties from books. He worked for MGM, Sony Pictures studios, and Disney, and he ran the New York offices of Spider-Man producer Laura Ziskin and Men in Black director Barry Sonnenfeld.

Before becoming a literary agent in 2004, Jason Anthony Literary Agent worked in London as a film consultant for the TBWA/Chiat-Day advertising agency and originated the popular “Hollywood Reader” column for Publishers Weekly, the industry’s most influential trade magazine.

Scroll below now to view representative titles and a complete profile for Jason Anthony FREE in our Book Agents Directory.

Scroll below now to view the AAR status and a complete profile for Jason Anthony FREE in our Book Agents Directory.

Scroll below now to view the email and postal address for Jason Anthony FREE in our Book Agents Directory.

Want more information about Jason Anthony? Join thousands of other subscribers today by entering your first name and email address. You’ll get free access to the Directory of Book Agents with detailed profiles for all book agents, including Jason Anthony Literary Agent.