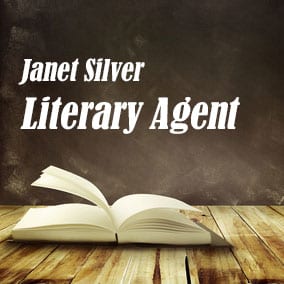 Janet Silver Literary Agent has more than three decades of experience as a publishing executive and editor. Her clients benefit from her experience. She started at ZSH after over twenty years at Houghton Mifflin Company, where she was Vice President and Publisher. Some of Literary Agent Janet Silver’s clients are award-winning writers. Their work has appeared in The Paris Review; The New York Times Magazine; The Atlantic; The Best American Essays; The Best American Short Stories; The New Yorker; and elsewhere.

Janet Silver Literary Agent is based in the Aevitas’ Boston office and represents Monique Truong, winner of the Asian American Literary Award for The Book of Salt; Cheryl Strayed, whose memoir, Wild, has sold more than 4 million copies; Hanna Pylväinin, Whiting Award winner of the novel We Sinners; and Anthony Marra, author of the New York Times bestselling novel A Constellation of Vital Phenomena.

The profile about Janet Silver Literary Agent that you see here contains some of the information you’ll find in our free Directory of Literary Agents, with literary agent listings for both established and new book agents. Scroll below now to learn more about Literary Agent Janet Silver or click here to get free instant access to our official Book Agents Directory.

Scroll below now to view representative titles and a complete profile for Janet Silver FREE in our Book Agents Directory.

Scroll below now to view the AAR status and a complete profile for Janet Silver FREE in our Book Agents Directory.

Scroll below now to view the email and postal address for Janet Silver FREE in our Book Agents Directory.

Join thousands of other subscribers today. Simply enter your first name and email address for free, instant access to the Directory of Literary Agents. Get complete access to comprehensive profiles for both established book agents and new literary agents like Janet Silver Literary Agent.