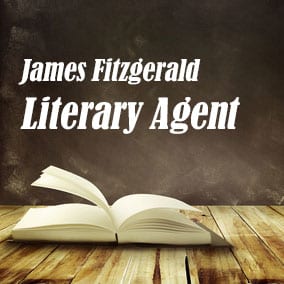 Prior to becoming an agent, James Fitzgerald Literary Agent was an editor at St. Martin’s Press where he published Generation X, John (Rotten) Lydon’s autobiography and four of Leni Riefenstahls’s books, Sarah Vowell and Ice-T, and Red Meat. Before that he was an editor at Doubleday where he worked with Robert Crumb, David Bowie, Papa John Phillips, Ruth Montgomery, Arnold Palmer, and photographers Amy Arbus, William Eggleston, and Neil Leifer.

Scroll below now to view representative titles and a complete profile for James Fitzgerald FREE in our Book Agents Directory.

Scroll below now to view the AAR status and a complete profile for James Fitzgerald FREE in our Book Agents Directory.

Scroll below now to view the email and postal address for James Fitzgerald FREE in our Book Agents Directory.

Join thousands of other subscribers today. Simply enter your first name and email address for free, instant access to the Directory of Literary Agents. Get complete access to comprehensive profiles for both established book agents and new literary agents like James Fitzgerald Literary Agent.