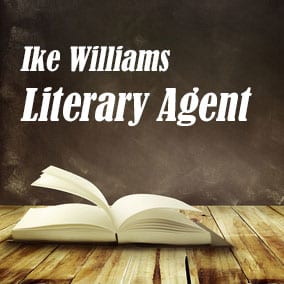 Ike Williams Literary Agent – This article about Literary Agent Ike Williams and Kneerim & Williams Literary is part of a series about literary agents and Finding a Book Agent. Publishing Agent John Taylor “Ike” Williams is an agent with Kneerim & Williams Literary. DO NOT QUERY THIS AGENT AT THIS TIME: Ike is not currently accepting unsolicited submissions. Book Agent Ike Williams was a member of the NEA Literary Panel, chair of the Boston Lawyers Committee for Civil Rights, co-chair of the Fine Arts Work Center, and a director of the Boston Book Festival. He also places dramatic rights, such as the feature film Public Enemies, from Vendetta by Alston Purvis, and a History Channel series based on Howard Zinn’s A People’s History of the United States, The Ice Bucket Challenge (Netflix) starring Casey Afflack, based on the life of Pete and Julie Frates, True American by Anand Giridharadas (Katherine Bigelow), Captain Phillips based on the book A Captain’s Duty by Captain Richard Phillips and Stephen Talty, Death and the Civil War (American Experience) based on Drew Gilpin Faust’s This Republic of Suffering, a three part series based on E.O. Wilson’s The Social Conquest of Earth and a recent American Experience on the West Virginia mine wars based on the book by James Green, and The Devil is Here in These Here Hills.

Scroll below now to view representative titles and a complete profile for Ike Williams FREE in our Book Agents Directory.

Scroll below now to view the AAR status and a complete profile for Ike Williams FREE in our Book Agents Directory.

Scroll below now to view the email and postal address for Ike Williams FREE in our Book Agents Directory.

Want more information about Ike Williams? Join thousands of other subscribers today by entering your first name and email address. You’ll get free access to the Directory of Book Agents with detailed profiles for all book agents, including Ike Williams Literary Agent.