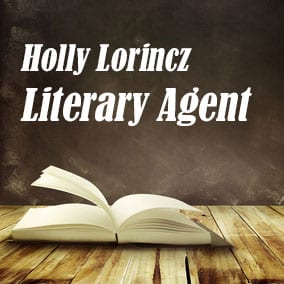 Holly Lorincz Literary Agent was a book agent at MacGregor Literary. She is no longer an agent. She is now an editor and author. Literary Agent Holly Lorincz has a degree in Journalism as well as a MAT focused in writing and literature. She was the editor of the literary magazine Perceptions, and then became a high school and college instructor. During that fifteen year run, she was named Teacher of the Year in Oregon, won two national awards from the National Federation of Schools, coached her high school speech team to two State Championships and nine individual Champions, began an editing service, and published various short works.

After an extended illness, Holly Lorincz Literary Agent redefined herself, now living the dream of every college graduate with an English degree: she’s published a novel, her editing service is thriving, and she was a full time MacGregor Literary agent, mentored by the well-known Chip MacGregor. While seeking traditional publishers for her authors, Literary Agent Holly Lorincz also closely worked with clients on alternative publishing options, career development, marketing plans, and media training. She was seeking general market authors focused on historical romance, literary or classic westerns, political or conspiracy thrillers, women’s fiction, or literary fiction. 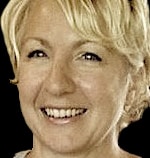 Don’t submit a query letter to Holly Lorincz Literary Agent because she’s on our list of book agents who’ve stopped agenting, retired, or passed away. If you want to find book agents that ARE seeking new clients, click here now to access our Book Agents Directory. Or scroll below to learn more about Literary Agent Holly Lorincz and MacGregor Literary.

Scroll below now to view representative titles and a complete profile for Holly Lorincz FREE in our Book Agents Directory.

Scroll below now to view the AAR status and a complete profile for Holly Lorincz FREE in our Book Agents Directory.

Scroll below now to view the email and postal address for Holly Lorincz FREE in our Book Agents Directory.

Join thousands of other subscribers today. Simply enter your first name and email address for free, instant access to the Directory of Literary Agents. Get complete access to comprehensive profiles for both established book agents and new literary agents like Holly Lorincz Literary Agent.