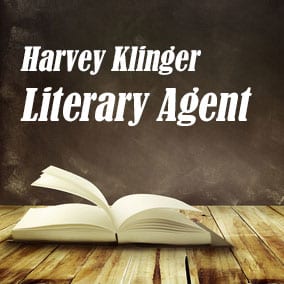 Harvey Klinger Literary Agent received his M.A. in The Writing Seminars at Johns Hopkins University. He personally loves great adult commercial and literary fiction; and in non-fiction, books with a strong narrative voice in all disciplines, but written by an author who already has an established professional platform in one’s field of expertise.

Scroll below now to view representative titles and a complete profile for Harvey Klinger FREE in our Book Agents Directory.

Scroll below now to view the AAR status and a complete profile for Harvey Klinger FREE in our Book Agents Directory.

Scroll below now to view the email and postal address for Harvey Klinger FREE in our Book Agents Directory.

Want more information about Harvey Klinger Literary Agent? Join thousands of other subscribers today by entering your first name and email address. You’ll get free access to the Directory of Book Agents with detailed profiles for all book agents, including Harvey Klinger.