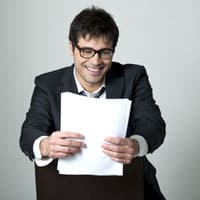 Literary agent query letter example (below) will help you improve your pitch to book agents. This article is part of a 17-part series called The Best Way to Get a Literary Agent. The sample query below resulted in a hardcover/paperback book deal for Carol Plum-Ucci, author of The Body of Christopher Creed (Harcourt).

But that’s just the beginning…

Carol now has seven books in print with Harcourt.

She’s been nominated for and/or won
dozens of book awards. 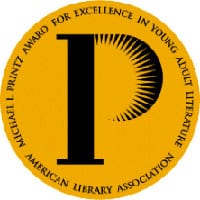 Her novels have been adapted
into audio books. 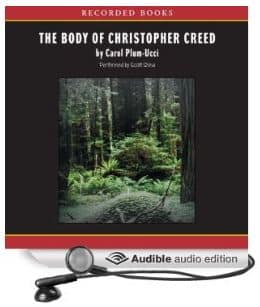 And her work has been optioned
for feature film (DreamWorks). 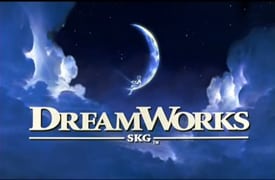 You can trace everything back to the literary agent query letter example below (although I can probably take some credit too, since I’m the book agent that helped make it all happen). Oh, here are two more reasons you should study this letter:

After you read Carol’s literary agent query letter example (below), make sure you read my comments underneath it… explaining why I felt it was so powerful. These thoughts were also published in the Writer’s Digest Books Guide to Literary Agents. 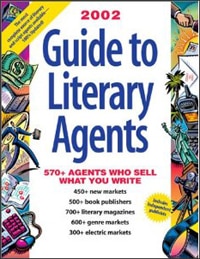 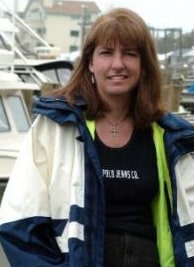 Of all the agents listed in Jeff Herman’s Guide to Book Publishers, Editors, and Literary Agents, you seemed the nicest! (Or maybe it’s just one of the other entries I saw. “Impatient, illiterate, ignorant writers I do not allow… Remember, I’m selective and cranky!” Gee, I think I’ll sign right up.)

Several reasons I feel I have a winning YA in The Body of Christopher Creed:

My full-time position is Director of Publications for the Miss America Scholarship Foundation. I write all their publications, ghost write for Miss America, have written Miss America preliminary stage scripts. I have sold two plays, and The Body of Christopher Creed is my fifth young adult novel (I’ve hit VERY close). I have been a spokesperson for the smuggling of black market literature into former communist countries. I would love to speak at high schools and have a good background in marketing, but the best thing that qualifies me to write for this age group is that I’ve never quite grown up. I can clip Miss America’s manager in the #@! with a rubber band from 30 feet, can gargle the entire national anthem and not choke, and would still be winning belching contests against my daughter’s compatriots if she weren’t threatening constantly to disown me (she’s coming of age, so).

My Thoughts About this Literary Agent Query Letter Example

There are a lot of things to like about this literary agent query letter example. You can see my comments below, for each of the corresponding paragraphs. 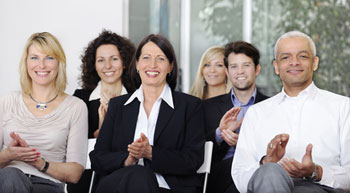 Always address your pitch letter to an individual agent instead of saying “Dear Agent.” When it comes to compliments, paying them doesn’t guarantee you’ll get representation (but it can’t hurt). Just make sure your words are genuine, not flattery. And don’t be afraid to have a sense of humor.

Carol used an unconventional format (with bullet points) in this literary agent query letter example, but content is king. Very few authors convey an understanding of their target market the way Carol did. When an author puts that much thought into her market, chances are she’s put the same kind of attention into her book. Don’t be discouraged if you don’t feel very knowledgeable about your genre yet. Go talk to your local librarian and/or bookseller about your book. Ask questions to help you better understand your market and the uniqueness of your work.

When talking about the “competitive advantages” of your book, you need to do three things. Carol does all three expertly in this literary agent query letter example: 1) Demonstrate the fact that you’re knowledgeable about your target market and competition, 2) Show that you’ve incorporated, and capitalized on, certain things that are trendy or that other authors have done successfully, and 3) Explain how you’re also doing something fresh and unique.

Carol continues to show her knowledge and mastery of the young adult genre. She then goes on to namedrop other bestselling authors (positive association), to help the reader understand what her writing style is like. Now, look at Carol’s literary agent query letter example again… and see if you can figure out what her book is about. She says nothing about the plot, but it doesn’t matter! Don’t go on and on about your story. Make sure you include at least one paragraph that helps book agents see your book in context.

Carol was an unpublished novelist when she queried me, but she told me (wisely) that she’d written five novels and come close to getting published. Understanding Carol’s commitment made me trust her more. The closing of this literary agent query letter example is brilliant as well. Teenagers don’t do boring. So it was clever of Carol to inject her voice in her query, the same voice that I knew I’d later see in her novel. I could also tell, from Carol’s personality, that she would be popular with young adults (and easy for her publisher to promote, due to her boldness and humor). 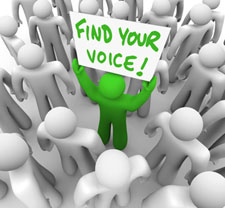 Click here now to read the next article in this 17-part series and
see some of my best Query Literary Agent Secrets.