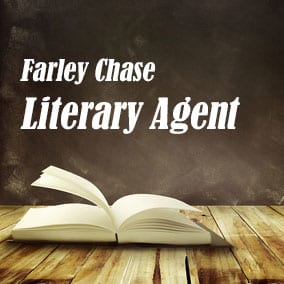 During Farley Chase Literary Agent’s twelve years as an agent, he has worked with winners of the Pulitzer Prize, members of the Baseball Hall of Fame, New York Times Bestsellers, Olympic Gold Medalists, and Members of Congress. He attends international book fairs to market his authors’ foreign rights.

Farley Chase Literary Agent takes an editorially-minded, deliberate approach to content and works closely with his authors to prepare their material for submission, and throughout the publishing process. He is interested in voice-driven nonfiction with original content, written by authors with passion and expertise. In fiction, he’s interested in novels with a strong sense of place, voice, and character. He also handles visually-driven and illustrated books.

The profile about Farley Chase Literary Agent that you see here contains some of the information you’ll find in our free Directory of Literary Agents, with literary agent listings for both established and new book agents. Scroll below now to learn more about Literary Agent Farley Chase or click here to get free instant access to our official Book Agents Directory.

Scroll below now to view representative titles and a complete profile for Farley Chase FREE in our Book Agents Directory.

Scroll below now to view the AAR status and a complete profile for Farley Chase FREE in our Book Agents Directory.

Scroll below now to view the email and postal address for Farley Chase FREE in our Book Agents Directory.

Join thousands of other subscribers today. Simply enter your first name and email address for free, instant access to the Directory of Literary Agents. Get complete access to comprehensive profiles for both established book agents and new literary agents like Farley Chase.