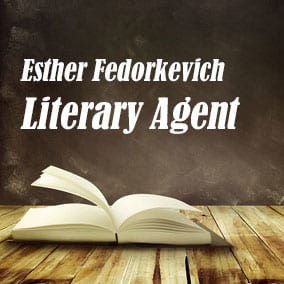 Esther Fedorkevich Literary Agent began her career in 1997 as a salesperson for a major book publisher. Within six months, she sold a million dollars in products. From there she went to work for Dave Ramsey, a New York Times bestselling author and television host with a nationally syndicated radio program. She worked in the publishing department, selling and marketing Dave’s books and other projects, and fell in love with book publishing. When she was pregnant with her first child, her entrepreneurial spirit was charged and decided to venture out on her own, selling books and ideas as a literary agent.

Esther Fedorkevich Literary Agent’s clients came to her for help when William Morris could not secure a book deal, even after pitching it for two years. With her innovative intervention and her acute business sense and selling skills, she got the author a three-book deal within two months.

Scroll below now to view representative titles and a complete profile for Esther Fedorkevich FREE in our Book Agents Directory.

Scroll below now to view the AAR status and a complete profile for Esther Fedorkevich FREE in our Book Agents Directory.

Scroll below now to view the email and postal address for Esther Fedorkevich FREE in our Book Agents Directory.

Join thousands of other subscribers today. Simply enter your first name and email address for free, instant access to the Directory of Literary Agents. Get complete access to comprehensive profiles for both established book agents and new literary agents like Esther Fedorkevich Literary Agent.