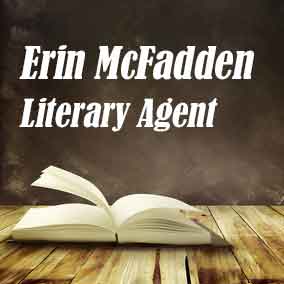 Erin McFadden Literary Agent was a literary agent with Fletcher & Company. She is no longer taking submissions. Book Agent Erin McFadden was a lifeguard on the Jersey Shore, lived in Cork, Ireland, and interned at a New York City art gallery.

Erin McFadden Literary Agent loves fiction and nonfiction equally. In nonfiction, she was interested in narrative nonfiction, memoir, essays, journalism, and social sciences. In fiction, she was looking for complex intergenerational webs, epic length, and challenging structure (if the story and characters were suited for it). She was a sucker for striking imagery, especially if it carries an emotional punch.

Scroll below now to view representative titles and a complete profile for Erin McFadden FREE in our Book Agents Directory.

Scroll below now to view the AAR status and a complete profile for Erin McFadden FREE in our Book Agents Directory.

Scroll below now to view the email and postal address for Erin McFadden FREE in our Book Agents Directory.

Join thousands of other subscribers today. Simply enter your first name and email address for free, instant access to the Directory of Literary Agents. Get complete access to comprehensive profiles for both established book agents and new literary agents like Erin McFadden.