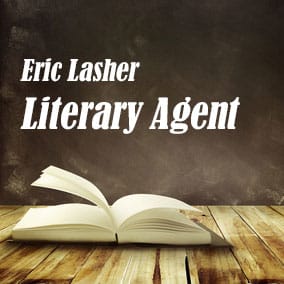 After majoring in history at Trinity College, Eric Lasher Literary Agent returned home to New York and his first job: editor at Sport magazine. Next he moved to This Week magazine, the Sunday newspaper supplement that appeared in the nation’s 43 largest cities. He wrote cover stories on President Richard Nixon, Nikita Khrushchev, Darryl F. Zanuck, and Audrey Hepburn. He then joined National Geographic in Washington, D.C. as a writer.

Eventually Eric Lasher Literary Agent returned to New York as Senior Editor of general interest books at Prentice Hall. After that, he was contracted to write a book on World War II (ultimately made into an HBO movie).  He first moved to Berlin for research, to Mallorca to write, and back to New York. The book was put on hold when he became an Executive on the Corporate Staff of CBS, reporting directly to Dr. Frank Stanton, then the President of CBS. After Dr. Stanton retired, he moved to Los Angeles to be CEO of Nash Publishing, then the largest general book publisher west of Chicago, now merged into extinction.

Scroll below now to view representative titles and a complete profile for Eric Lasher FREE in our Book Agents Directory.

Scroll below now to view the AAR status and a complete profile for Eric Lasher FREE in our Book Agents Directory.

Scroll below now to view the email and postal address for Eric Lasher FREE in our Book Agents Directory.

Want more information about Eric Lasher? Join thousands of other subscribers today by entering your first name and email address. You’ll get free access to the Directory of Book Agents with detailed profiles for all book agents, including Eric Lasher Literary Agent.