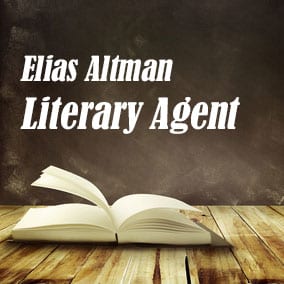 Elias Altman Literary Agent – This article about Literary Agent Elias Altman and Massie & McQuilkin is part of a series about literary agents and How to Find a Literary Agent. Publishing Agent Elias Altman is an agent at Massie & McQuilkin. He joined the agency in 2018. Book Agent Elias Altman was raised in Vermont, attended Concord Academy, interned at the Huffington Post in 2006, and graduated from the University of Vermont magna cum laude and Phi Beta Kappa with a B.A. in art history and English in 2007. Having co-founded the still-active student newspaper, The Water Tower, during his senior year, Altman moved to New York City to work for one of his heroes, Lewis Lapham. He served as a senior editor at Lapham’s Quarterly for almost a decade, working on the magazine’s first thirty issues and editing anthologized essays by writers like Anne Fadiman, Pico Iyer, Simon Winchester, and Michael Wood. In 2015, he became an agent with Zachary Shuster Harmsworth (now Aevitas Creative Management), and three years later he joined Massie & McQuilkin.

Elias Altman Literary Agent has written personal essays and criticisms for the Nation, the Columbia Journalism Review, the Georgia Review, and Vogue. He’s looking for moving and sharp narratives featuring psychological insight and strong characters, whether in novels, history, memoirs, or narrative nonfiction.

Elias Altman Literary Agent has sold these projects: Richard Kreitner’s Break It Up: The Secret History of America’s Imperfect Union (Little, Brown); Maggie Doherty’s The Equivalents: The Untold Story of the Five Friends Who Started a Personal, Political, and Artistic Revolution (Knopf); Natalie Lampert’s Me and My Ovary: Reproductive Rights, the FemTech Revolution, and the Future of Fertility (Ballantine); Alexa Tsoulis-Reay’s Finding Normal: Sex, Empathy, and Taboo in the Wireless World (St. Martin’s); Jing Tsu’s The Kingdom of Characters: How China Won the Language Wars and Went from Underdog to Superpower (Riverhead); and Rosie Gray’s Together We Walk Towards the Fire: Steve Bannon, Breitbart News, and the Rise of Trump (Harper). 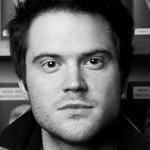 The profile about Elias Altman Literary Agent that you see here contains some of the information you’ll find in our free Directory of Literary Agents, with literary agent listings for both established and new book agents. Scroll below now to learn more about Literary Agent Elias Altman or click here to get free instant access to our official Book Agents Directory.

Scroll below now to view representative titles and a complete profile for Elias Altman FREE in our Book Agents Directory.

Scroll below now to view the AAR status and a complete profile for Elias Altman FREE in our Book Agents Directory.

Scroll below now to view the email and postal address for Elias Altman FREE in our Book Agents Directory.

Join thousands of other subscribers today. Simply enter your first name and email address for free, instant access to the Directory of Literary Agents. Get complete access to comprehensive profiles for both established book agents and new literary agents like Elias Altman.