Literary Agents and Edit Ink – The Skeleton In My Closet 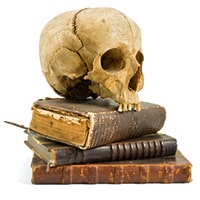 Do you have any skeletons
in your closet?

I have one,
sort of.

As you might already know, some literary agents have affiliations with editing companies, vanity presses, and god-only-knows-what-else… to scam (deceive and defraud) unsuspecting authors.

Today I’m going to tell you how one famous company did it (before they were shut down). And, I’m going to tell you why I know so much about them (at the risk of embarrassing myself). The company I’m referring to was called Edit Ink. They were a New York State-based editing service run by Bill Appel and Denise Sterrs. I learned about their deceptive practices the hard way. It happened a long time ago (in the 90s), but here it is (as well as I can remember it — for reasons that will soon be obvious I’ve tried to block it out of my mind all these years).

When I started out as a literary agent, I was in my twenties. The agency where I worked was called New Brand Agency in South Florida. It was a 1-man-show and the business was just two years old. I was hired because the gentleman who owned the agency, Eric, had just been invited to join some of his old college friends for another business venture in Orlando. Eric didn’t want to lose the literary agency, however. As a serial entrepreneur, he wanted to bring someone in to grow the agency, and perhaps, one day, take it over.

That someone
turned out to be me.

Eric was in his 30s and he was an entertainment attorney. Eric came from a good family, he had an excellent education from a top University, and he had lots of connections (just not in publishing, so New Brand was struggling to get established). It takes a while to start getting quality clients and making sales as a literary agent, unless you already have tons of contacts in the industry. If you’ve ever started a business, you know what I’m talking about.

For me (an aspiring author at the time), it was the opportunity of a lifetime. I was going to get paid to learn how to get my own books published. I was going to get paid to read other people’s books. And, Eric was a good man and mentor (even though he lived out of the area and I hardly spoke with him). Part of it was the fact that Eric was busy, but he also wanted me to become independent.

At some point during the first couple years (I don’t remember exactly when), New Brand Agency was approached by Edit Ink. They wanted us to recommend their editing services to authors we rejected. In exchange, they would give us a commission for anyone that worked with them. All we had to do was add a few lines to our form rejection letter saying we’d be willing to reconsider the author’s work if he or she hired Edit Ink.

So we thought about it…

Why not give authors a way to improve their work, and make some extra money doing it? Edit Ink was a large and successful company. Businesses make referrals like that all the time in exchange for a commission. And, Edit Ink provided the names of other literary agencies they were working with as references (some of them very successful). By the way, I didn’t know that making referrals like this was frowned upon by the Association of Authors’ Representatives or AAR. I wasn’t yet a member and didn’t even know what the AAR was at that point.

A few days after Edit Ink initially approached us, they sent us the language they wanted us to use in our rejection letters. I don’t have copies of what they sent us (it was more than 15 years ago), but it was over the top. In other words, it would have given authors a false impression, made them think there was a good chance we’d end up representing them if they hired Edit Ink.

We told the owner of Edit Ink we’d only make referrals if we could change the letter, using our own language to make it accurate. He agreed and we started making referrals. Everything was great, for a while. Then we got complaints from a couple authors. After they hired Edit Ink and then got rejected by us a second time, they weren’t happy (even though we were clear, up front, that hiring Edit Ink didn’t mean we’d represent the author – it just meant that we’d reconsider their work based on the fact that they’d worked with someone to improve it).

We didn’t want to upset any more authors, so we came up with a creative solution.

We added two more things to our rejection letter:

You can’t be more
transparent than that.

Now, I’d love to be able to say
that that’s the end of this story.

A little while later we started hearing bad things about Edit Ink. Some authors who’d worked with them said that the quality of their editing wasn’t very good. Rumors were also flying that Edit Ink had also set up one or more FAKE literary agencies as a “front” to get editing clients (one of them was called Aardvark Literary Agency). I don’t know who would ever submit their work to a literary agency with a name like that, but apparently many did.

Anyway, we were concerned about the authors we’d referred to Edit Ink. We were also completely embarrassed (and concerned about our reputation). So we ended our relationship with Edit Ink immediately.

We later learned the Edit Ink employed mostly recent college graduates. Nothing wrong with that (in and of itself) but they charged $5 per page for editing (pretty expensive even today). And we discovered that all they really provided was basic copy editing (spelling and grammar suggestions). There wasn’t any “bigger picture” critiquing or analysis. For example, Edit Ink didn’t proved anything about a book’s concept, organization, or structure. And, for novelists, there was no in-depth review of a book’s plot, pacing, theme, or characters. Yet those are the types of things a quality (and expensive) edit should include.

The good news is that Edit Ink was forced to close their doors in 1999. The bad news is that Eric and I were so naïve and/or stupid that we got involved with them in the first place. All I can do about that now though is know that I learned from the experience, and share my story so other people can learn from it as well. Now that I’m older and wiser (and I’ve been in the publishing industry for more than 15 years), I’m probably aware of every writer scam there is… and I do my part to make sure authors protect themselves.

Protect Yourself from Writer Scams

Was I naïve or stupid for getting sucked in to Edit Ink’s scheme? I don’t know. Probably both. Just make sure you don’t let yourself get sucked in to something similar. If you haven’t already done so, click here to read my article about bad literary agents. Then click here to visit a site called Preditors & Editors (they have reputation information about most literary agents).

But first, let me know what you think about this article. And share your horror story about any writing scam you’ve seen or been sucked into.