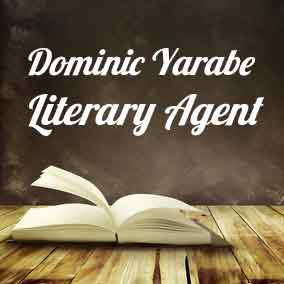 Dominic Yarabe Literary Agent, as a multiracial second-generation American citizen, was drawn to characters and stories that traverse the complexities of the immigrant experience. In addition to representing her own clients, she assisted Lindsay Edgecombe, Kerry Sparks, Danielle Svetcov, and Monika Verma.

Scroll below now to view representative titles and a complete profile for Dominic Yarabe FREE in our Book Agents Directory.

Scroll below now to view the AAR status and a complete profile for Dominic Yarabe FREE in our Book Agents Directory.

Scroll below now to view the email and postal address for Dominic Yarabe FREE in our Book Agents Directory.

Join thousands of other subscribers today. Simply enter your first name and email address for free, instant access to the Directory of Literary Agents. Get complete access to comprehensive profiles for both established book agents and new literary agents like Dominic Yarabe Literary Agent.