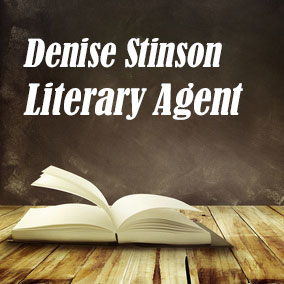 Denise Stinson Literary Agent was a book agent with the Stinson Literary Agency in Michigan. She is no longer an agent. Literary Agent Denise Stinson was born in 1954 in Cleveland, Ohio. She spent more than a decade as a journalist for the Detroit News. In 1989 Publishing Agent Denise Stinson took a mid-career hiatus with the support of the University of Michigan’s Knight-Wallace Fellows program. The year following Book Agent Denise Stinson’s fellowship, she joined the staff of Life Magazine, writing regular features and working as a special correspondent. That same year, she began working as a literary agent for Elsie Washington, who had already published the first African-American romance novel, Entwined Destinies, and worked as an editor at Essence magazine.

Denise Stinson Literary Agent’s clients include such bestselling authors as Pearl Cleage, Queen Latifah, and Omar Tyree. Her success as an agent coincided with an enormous growth in African-American publishing, launched by the phenomenal success of Teri McMillan’s Waiting to Exhale in 1992 and followed by a proliferation of novels written by and for African-Americans. Within this market, Literary Agent Denise Stinson noticed an underserved readership – black Christians – and found her calling. She started Walk Worthy Press in 1997 to publish fiction and nonfiction aimed at black Christians, especially women. By 2006 her company had blossomed into the largest publisher of black Christian books and had expanded into a ministry.

Join thousands of other subscribers today. Get complete access to comprehensive profiles for all book agents like Denise Stinson Literary Agent in the Directory of Literary Agents, absolutely free. Simply enter your first name and email address and get instant access now.