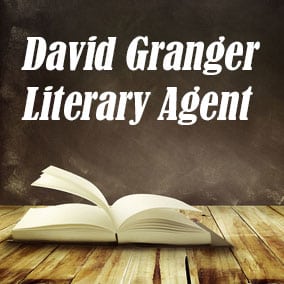 David Granger Literary Agent was previously an editor in chief of Esquire. He spent almost two decades there, from 1997 to 2016. During his time there, the magazine won 17 National Magazine Awards. He was the industry’s editor of the year three times. He also was awarded the Missouri Honor Medal from the University of Missouri in 2014 for his contributions to journalism.

David Granger Literary Agent has worked with hundreds of prominent actors, public figures, artists, and writers as a magazine editor. He has eclectic interests and especially enjoys writing that pushes boundaries. He has a weakness for American tough guy novels, such as The Continental Op to Reacher, with Dave Robicheaux and Harry Bosch and Buck Schatz and Isaiah Quintabe mixed in.

Literary Agent David Granger represents projects with the potential to leave a mark. He, along with Todd Shuster, worked with former deputy director of the FBI Andrew McCabe on his #1 New York Times bestseller The Threat. He’s especially proud of having worked with Julie Yip-Williams to bring her The Unwinding of the Miracle (a #6 NYT bestseller) into the world. He also helped Senator Jeff Flake and the young activists David and Lauren Hogg find readerships for books that shaped the national conversation.

Scroll below now to view representative titles and a complete profile for David Granger FREE in our Book Agents Directory.

Scroll below now to view the AAR status and a complete profile for David Granger FREE in our Book Agents Directory.

Scroll below now to view the email and postal address for David Granger FREE in our Book Agents Directory.

Join thousands of other subscribers today. Simply enter your first name and email address for free, instant access to the Directory of Literary Agents. Get complete access to comprehensive profiles for both established book agents and new literary agents like David Granger.