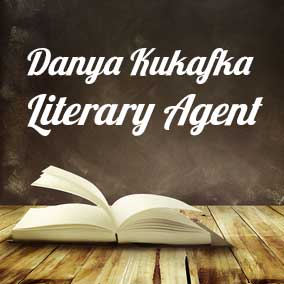 Danya Kukafka Literary Agent – This article about Literary Agent Danya Kukafka and Trellis Literary Management is part of a series about literary agents and How to Find a Literary Agent. Publishing Agent Danya Kukafka is a new literary agent with Trellis Literary Management. Book Agent Danya Kukafka graduated from New York University’s Gallatin School of Individualized study, where she created a major titled “The Art of the Novel.” She is the author of the novel, Girl in Snow and Notes on an Execution. She started her publishing career at Riverhead Books as an acquiring assistant editor. There she worked with authors, such as: Lauren Groff, Helen Oyeyemi, Brit Bennett, Meg Wolitzer, Paula Hawkins, Emma Straub, Gabriel Tallent, Maile Meloy, Sigrid Nunez, and many, many more.

Released in 2017, Literary Agent Danya Kukafka’s debut novel, Girl in Snow, was released in 2017 by Simon & Schuster—it was a national bestseller, an IndieNext Pick, a B&N Discover pick, and received favorable reviews from The New York Times (Editor’s Choice) and The Wall Street Journal, among others. Girl in Snow has been translated into over a dozen languages worldwide, and has been optioned for a television series. Her next novel, Notes on an Execution, will be released in 2022.

Scroll below now to view representative titles and a complete profile for Danya Kukafka FREE in our Book Agents Directory.

Scroll below now to view the AAR status and a complete profile for Danya Kukafka FREE in our Book Agents Directory.

Scroll below now to view the email and postal address for Danya Kukafka FREE in our Book Agents Directory.

Join thousands of other subscribers today. Simply enter your first name and email address for free, instant access to the Directory of Literary Agents. Get complete access to comprehensive profiles for both established book agents and new literary agents like Danya Kukafka Literary Agent.