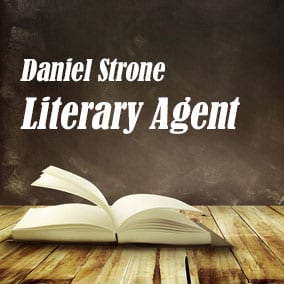 Daniel Strone Literary Agent’s success relied on his instinctual understanding of the literary market and knowledge of pop culture. By acting as the direct agency contact between the publishers and the managers, he eliminated these stresses from the author’s busy public life. Before entering into discussions with publishers, he crafted a well-thought-out book proposal with the celebrity, the celebrity’s manager, and a collaborator. He has represented comedians, public figures, and celebrities. He has represented some of Hollywood’s biggest nonfiction works and memoirs. He has helped his writers adapt their work across all platforms, including Broadway, TV, film, and digital.

Don’t submit a query letter to Daniel Strone Literary Agent because he’s on our list of book agents who’ve stopped agenting, retired, or passed away. If you want to find book agents that ARE seeking new clients, click here now to access our Book Agents Directory. Or scroll below to learn more about Literary Agent Daniel Strone and Trident Media Group.

Scroll below now to view representative titles and a complete profile for Daniel Strone FREE in our Book Agents Directory.

Scroll below now to view the AAR status and a complete profile for Daniel Strone FREE in our Book Agents Directory.

Scroll below now to view the email and postal address for Daniel Strone FREE in our Book Agents Directory.

Join thousands of other subscribers today. Simply enter your first name and email address for free, instant access to the Directory of Literary Agents. Get complete access to comprehensive profiles for both established book agents and new literary agents like Daniel Strone Literary Agent.