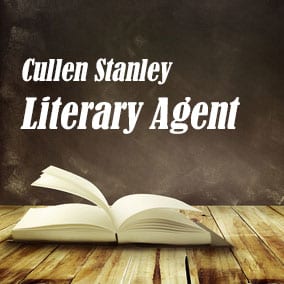 Cullen Stanley Literary Agent – This article about Literary Agent Cullen Stanley and the Cullen Stanley International Agency is part of a series about literary agents and Finding a Book Agent. Publishing Agent Cullen Stanley is an agent with and the president of Cullen Stanley International Agency. Book Agent Cullen Stanley started her career in publishing at the New York office of Italy’s Arnoldo Mondadori Editore, where she worked for Maria B. Campbell. Cullen joined Campbell when she launched her scouting agency in 1987 and because the senior scout, advising major publishing houses across Europe and Asia, as well as Amblin Entertainment in Hollywood. Years later she joined Janklow & Nesbit Associates as a foreign rights agent. She was named Director of the Rights Department in 1998, and oversaw a team of three agents. She became Managing Director of the company in 2009, and Partner in 2015. She left J&N when she opened the doors of her own agency in 2017.

Cullen Stanley Literary Agency is a graduate of Smith College, where she earned a double degree in Art History and Italian Literature. She fluently speaks and reads French, Spanish, and Italian.

Cullen Stanley Literary Agency has extensive contacts and knowledge of editors and publishers in territories from Vietnam to Australia. She also represents authors domestically. She has guided the international publishing careers of many bestsellers and literary prize-winners, including: Michael Crichton, Shirley Hazzard, Danielle Steel, Jane Fonda, Malcolm Gladwell, Richard Sennett, and Atul Gawande, among others.

Scroll below now to view representative titles and a complete profile for Cullen Stanley FREE in our Book Agents Directory.

Scroll below now to view the AAR status and a complete profile for Cullen Stanley FREE in our Book Agents Directory.

Scroll below now to view the email and postal address for Cullen Stanley FREE in our Book Agents Directory.

Want more information about Cullen Stanley? Join thousands of other subscribers today by entering your first name and email address. You’ll get free access to the Directory of Book Agents with detailed profiles for all book agents, including Cullen Stanley.