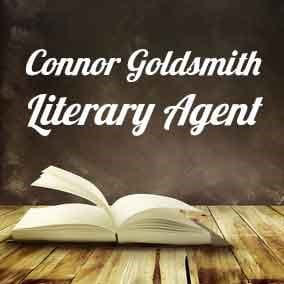 Connor Goldsmith Literary Agent began his career in publishing in the fall of 2012 at Lowenstein Associates, where he was promoted to Associate Agent in March 2013. He joined Fuse in early 2014, and was promoted to agent in November 2015. Prior to transitioning into the world of books, he spent a year as a full-time intern and relief assistant in the commercial film and television department at Abrams Artists Agency (A3 Artists Agency).

Scroll below now to view representative titles and a complete profile for Connor Goldsmith FREE in our Book Agents Directory.

Scroll below now to view the AAR status and a complete profile for Connor Goldsmith FREE in our Book Agents Directory.

Scroll below now to view the email and postal address for Connor Goldsmith FREE in our Book Agents Directory.

Join thousands of other subscribers today. Simply enter your first name and email address for free, instant access to the Directory of Literary Agents. Get complete access to comprehensive profiles for both established book agents and new literary agents like Connor Goldsmith Literary Agent.