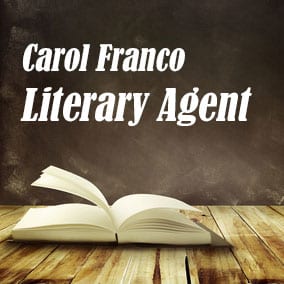 Carol Franco Literary Agent now a resident of Santa Fe. She was a publishing executive in Boston for more than twenty-five years. As director, she led the Harvard Business School Press to a position of market leadership, signing many of the Press’s most distinguished and successful authors such as Michael Porter, John Kotter, Gary Hamel, C.K. Prahalad, and Charles Handy. Prior to Harvard, she was president of Ballinger Publishing Company where she created a line of influential business books that became the foundation for HarperBusiness, a subsidiary of HarperCollins. Four of Literary Agent Carol Franco’s authors were honored by Thinkers50 this year.

Many of Literary Agent Carol Franco’s authors have been ranked by Thinkers50 among the top 50 best management thinkers in the world. Her authors have also won its distinguished achievement awards: Herminia Ibarra (Act Like a Leader, Think Like a Leader) and Linda Hill (Being the Boss) for Leadership; Nilofer Merchant (The Power of Onlyness), Erin Meyer (Culture Map), and Amy Webb (The Signals Are Talking) for Future Thinker; and Richard D’Aveni (The Pan-Industrial Revolution) and Rita McGrath (The End of Competitive Advantage) for Strategy; Linda Hill (Collective Genius) for Innovation.

Scroll below now to view representative titles and a complete profile for Carol Franco FREE in our Book Agents Directory.

Scroll below now to view the AAR status and a complete profile for Carol Franco FREE in our Book Agents Directory.

Scroll below now to view the email and postal address for Carol Franco FREE in our Book Agents Directory.

Want more information about Carol Franco? Join thousands of other subscribers today by entering your first name and email address. You’ll get free access to the Directory of Book Agents with detailed profiles for all book agents, including Carol Franco.