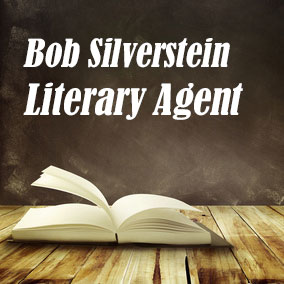 Bob Silverstein Literary Agent was a book agent with Quicksilver Books Literary Agency in Scarsdale, New York before he passed away November 3, 2012. Literary Agent Bob Silverstein graduated from City College and served as managing editor of Dell Books, and senior editor of both Delacorte Press and Bantam Books, where he worked with such authors as Rod Serling, Irwin Shaw, filmmaker Melvin Van Peebles, anthropologist Richard Milner, Dick Gregory, and many more.

Earlier in his career, Bob Silverstein Literary Agent worked as story editor for Anthony Quinn Productions and as a senior unit publicist for United Artists, MGM, Carlo Ponti, Harry Belafonte, and David Wolper on major motion pictures throughout Europe and the United States. Literary Agent Bob Silverstein was president of Quicksilver Books Literary Agency and part of the New York literary world for almost fifty years. Silverstein’s agency, a former book packaging and publishing firm, was behind the bestsellers LAST TANGO IN PARIS, CHARIOTS OF FIRE, NICE GIRLS DON’T GET THE CORNER OFFICE, and CHILDREN LEARN WHAT THEY LIVE, among many others. Publishing Agent Bob Silverstein died at the age of 76.

Join thousands of other subscribers today. Get complete access to comprehensive profiles for all book agents like Bob Silverstein Literary Agent in the Directory of Literary Agents, absolutely free. Simply enter your first name and email address and get instant access now.