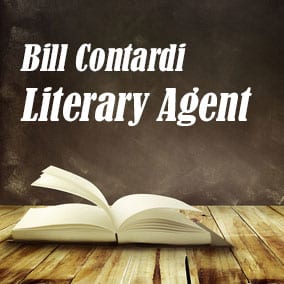 Bill Contardi Literary Agent was looking for fresh, smart voices, in control of the story which had some resonance today. He enjoyed stories that hit the ground running with drama and fully developed characters, and that appeal to an audience that enjoyed with and intelligence.

For ten years, Bill Contardi Literary Agent worked as an editor for NAL, Berkeley, Popular Library and Avon Books. He was director of literary affairs at United Artists and then vice president, literary affairs, at Warner Bros., both in their New York offices, charged with bringing in books for the studios to develop for feature film. For eleven years, he was a dramatic rights agent for books to film and television at William Morris in New York.

Don’t submit a query letter to Bill Contardi Literary Agent because she’s on our list of book agents who’ve stopped agenting, retired, or passed away. If you want to find book agents that ARE seeking new clients, click here now to access our Book Agents Directory. Or scroll below to learn more about Literary Agent Bill Contardi and Brandt & Hochman Literary.

Scroll below now to view representative titles and a complete profile for Bill Contardi FREE in our Book Agents Directory.

Scroll below now to view the AAR status and a complete profile for Bill Contardi FREE in our Book Agents Directory.

Scroll below now to view the email and postal address for Bill Contardi FREE in our Book Agents Directory.

Want more information about Literary Agent Bill Contardi? Join thousands of other subscribers today by entering your first name and email address. You’ll get free access to the Directory of Book Agents with detailed profiles for all book agents, including Bill Contardi.