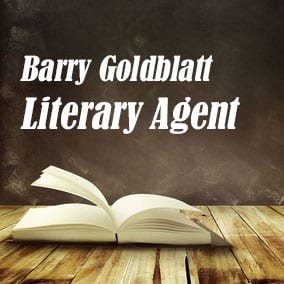 Barry Goldblatt Literary Agent fell in love with children’s book after an interview with Donne Forrest, the Subsidiary Rights Director at Dutton Children’s Books and Dial Books for Young Readers. She offered him a job and he took it. Literary Agent Barry Goldblatt a couple years later he got laid off from Penguin, but landed a new job as the subsidiary rights associate at The Putnam and Grosset Group. After a couple of years there, he moved to Orchard Books as the Rights and Contracts Director.

Barry Goldblatt Literary Agent decided to become an agent when Scholastic bought Orchard in 2000. He opened his own agency and one of his first clients was award-winning author Angela Johnson.

Scroll below now to view representative titles and a complete profile for Barry Goldblatt FREE in our Book Agents Directory.

Scroll below now to view the AAR status and a complete profile for Barry Goldblatt FREE in our Book Agents Directory.

Scroll below now to view the email and postal address for Barry Goldblatt FREE in our Book Agents Directory.

Join thousands of other subscribers today. Simply enter your first name and email address for free, instant access to the Directory of Literary Agents. Get complete access to comprehensive profiles for both established book agents and new literary agents like Barry Goldblatt Literary Agent.