Author Warning – Don’t Be Naive, Protect your Ideas from Other Authors 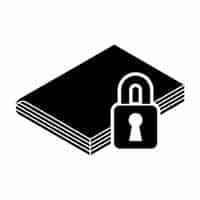 After I published last week’s article about Authors Behaving Badly, an award-winning author (who asked to remain anonymous) sent me a moving response. It was so powerful (and insightful), I asked permission to share her letter with you.

Her story (below) is unsettling, but important.

I don’t want you to be paranoid when it comes to protecting your ideas, but I also don’t want you to be naive. Don’t share too much with the wrong people. You need to trust successful industry professionals (literary agents, editors, coaches, publishers, etc.) or you won’t be able to get your work published. But, think twice before you post particulars of your story publicly or share them with other authors.

A Letter from a Concerned Author

Your post on Authors Behaving Badly is an issue I feel heatedly passionate about.

I regret to say I have suffered “Authors Behaving Badly” encounters in the years I have been writing. I believe from firsthand experience, they leave a trail of negative energy in their wake, stirring suspicion, a lack of respect and distrust among writers, who rely upon one another to learn/teach/understand and build competence in a difficult and complex craft.

My first experience, was as a bright-eyed, enthusiastic, too-trusting young writer at a Writer’s Conference where I encountered a Story Thief, who was looking for a “High Concept” idea. She claimed not to understand what High Concept was, and asked every writer she encountered at the conference. “What’s a high concept idea? Do you have a high concept idea? My professor wants me to write a high concept idea. Please explain it to me.” Trusting, willing-to-share-their-wisdom young authors helpfully explained what “High Concept” meant. I mentioned a recent high concept book that had been made into a movie. She acted stupid, kept asking. Writers clustered around her, a struggling writer they wanted to help. They shared high concept stories they were working on. She took notes. “How do you get these ideas?” she pressed. “Where do you find concepts?” I got caught up in her questions, wanted to help her understand. I have been offered gifts of wisdom from more experienced writers when I was a novice writer. I wanted to “pay it forward.”

I became deeply suspicious that the Story Thief was stealing concepts when she started asking for the names of books I had relied on, to do specific research. Her pen poised above her notepad–waiting. I told her she would need to do her own research on her own idea, a concept she was inspired to come up with “on her own.” She asked me point blank what I would do if she “ran with my high concept idea?” I was flabbergasted. I could see she felt canny and smart, she felt like she had “played” all of the helpful writers she had encountered, especially me. We were fools, not fellow writers whose experience or knowledge she respected. She had come to the Conference to steal ideas. She was devoid of ideas on her own. I said she needed to come up with her own concept, that she would be stealing story concept if she took another writer’s idea and tried to sell it as her own. I told her that lawyers loved to file charges against people who steal creative works/creative concepts.

The Story Thief did not care. A person devoid of character and moral fiber, she felt no shame for what she was doing. She stole my concept, and I found out later, won a prestigious film screenplay award and monetary grant based on that stolen concept.

I knew at the time I encountered her, that I was not ready to rush the story concept I had begun writing. My inspiration was too important to write in a rush, or get wrong with novice writing skills or limited research. I was finding flawed information about the  real people and events I researched. I felt the need to dig deeper, to avoid maligning the real individuals who had inspired me to write. I was on publishing deadlines with contracted books. I kept working at my High Concept in spare moments. I continued to gather details about a large group of individuals who had changed the world, who were remembered for their indiscretions rather than their accomplishments. They fascinated me. The events they touched upon, the people they knew, fascinated me. I filled files with detailed information, following surprising rabbit trails of connection that could only unfold with time and diligence. I gathered a huge library of information, became an expert in a very finite world of people and events.

I wrote three different openings to the book, three different endings. I rewrote character motivation as story puzzle pieces came together. I cut, added scenes, and cut again. I have boxes full of early version manuscripts, multiple iterations of my high concept novel in computer files. My trusted critique partners were patient with my process. The book became larger, more important, more profound. Several key pieces of information revealed themselves to me in the last stages of the project. My finished book is bigger, truer, stronger than anything I could have rushed together.

In writing and marketing my finished book, I have wondered if my work in any way resembles the The Story Thief’s screenplay, if she stole story threads as well as concept. I have wondered if my work might be mistakenly perceived as theft of her stolen work, given I make it public so much later. I choose not to focus on the muddy waters and negative energy the Story Thief leaves in her unscrupulous wake. I pursued and wrote a story that inspired my heart and soul. I know the novel is truly my concept, my original idea, and that it has more depth, and layers, more truth, because I took time with it, because I experienced life events that helped me better understand my subject matter. Writing fiction is an exercise in truth finding, in uncovering facts that an author can patchwork together to create gifts of wisdom and truth.

Anyone who is willing to steal stories from another writer is not, at heart, seeking truth or wisdom. Those positive pursuits require depth of character. Theft is a negative pursuit, lacking in character or wisdom. What is in the heart of a writer ends up in the work they write. I tell young writers to be true to their heart, their soul, their stories, that their passion for their story will end up in the work. Does a Story Thief have passion for anything other than greed and success, no matter the means?

Another young author, who went on to a multi-published career in romance, admitted she used one of my story lines as the framework for her first published novel. “I just changed the names and place, and occupations of the characters,” she said. She had gone to a workshop. A published author had encouraged struggling writers to “borrow” successful writing techniques and story lines from published authors. Let someone else do the hard work, was her premise. Publishing houses and agents are always pushing writers to produce their work faster, so they can build an audience. This novice writer thought that what she had done was accepted practice. She wanted to write fast, to be sure her idea would sell. She believed imitation was the highest form of flattery. That’s why she told me about her theft of my storyline.

She thought, mistakenly, that we were still friends–could still be friends. Trust is fragile. Dear. My trust in her, and her writing, is shattered. I feel she betrays her readers, as much as me, in stealing story. I now wonder how many writers’ backs she’s built her career on. Be original, I tell writers. Each of us has unique, individual lives, viewpoints, and stories that fascinate us, that speak to us as writers. Those are the best, most compelling stories to tell in your own unique voice.

Thank you for reminding writers not to be Story or Concept Thieves Mark,
Vision, originality of thought, and an author’s good reputation, are rare and precious

How to Copyright a Book

Lastly, click here to learn how you can get 1-on-1 feedback to improve your pitch material and/or writing during an Introductory Coaching Call. And please share this article with other authors who might benefit from it.