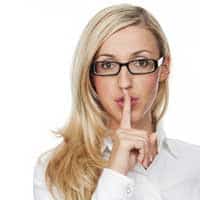 What’s a Nondisclosure Agreement or NDA? Do you need one before you submit your book (or book idea) to a literary agent or publisher? And, how likely is it that they might sign a NDA?

This article answers all those questions,
and then some.

What Is a Nondisclosure Agreement or NDA?

A Nondisclosure Agreement (NDA) is a legally binding contract in which someone agrees to keep something confidential. You might say that a nondisclosure agreement is like copyright—on steroids. Think of an NDA as one more layer of armor that you can use to protect your book.

As an author, you probably like the sound of that…

Maybe you’ve heard rumors about someone’s book idea getting stolen. Or, if you’re a savvy businessperson (or a bit paranoid) you know that piracy is a possibility. After all, what’s to prevent a literary agent from sharing your brilliant book idea with another author who’s already their client? 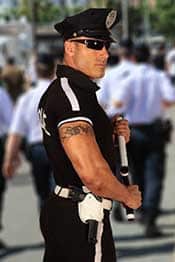 Should You Try to Get Literary Agents to Sign an NDA?

I’m not saying you shouldn’t take every measure to try and protect your work. You should (my legal counsel made me say that). What I AM saying is that stealing your idea is probably the last thing on a literary agent’s mind.

For starters, most literary agents get more than 1,000 (in some cases 1,500) submissions every month. That means agents don’t need to steal ideas.

Literary agents have more good ideas than they can handle as it is. When a literary agent tells you (in one of those trying-to-be-polite form rejection letters) that they’re forced to pass on lots of publishable work… 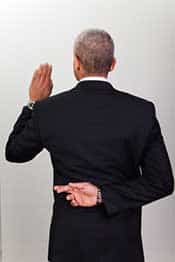 If you’re losing sleep over the possibility of someone taking your ideas… think about what that would really mean. How long would it take someone to copy your book or incorporate your ideas into their own book—and do it in a way that it doesn’t seem like yours?

When you consider the amount of time and effort that would require,
it doesn’t make much sense, does it?

Then there’s the potential for legal action…

Do you really think a literary agent is going to risk his or her career and lifestyle over something like this? Besides, a literary agent could go to all that trouble, and the book still might not sell.

Now, when it comes to the movie industry you have more of a reason to be concerned. That’s because it’s easier to write a 110-page screenplay than a full-length book. So idea theft is more common in Hollywood. 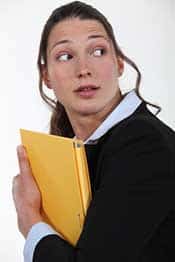 It’s extremely rare to see cases like this reported in the media. And, when they do pop up, there’s often nothing to the story. It’s usually just a frustrated author who thinks someone stole his or her idea; because (guess what), most ideas aren’t as original as we creatives (myself included) like to think they are.

Before my father passed away when I was a teenager, he was convinced that someone stole his idea for putting electric windows in cars. He told me that story a lot when I was growing up. And he was not happy about it.

I know, maybe he really was the
first person to think of the idea.

But I doubt it.

Now, because it’s easy for authors to get the wrong idea, most movie executives and literary agents (as well as smart coaches and consultants like myself) refuse to sign nondisclosure agreements. It’s just too easy for an author to see a “similar” book or movie down the road and wonder if we were up to some shenanigans. 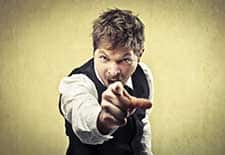 You’re not going to get most successful people in the entertainment industry (including myself) to sign an NDA; in fact, you’re going to have to sign an agreement instead. It will say that your ideas are, well, your ideas… and that you didn’t steal them from someone else. How’s that for “flipping the script?”

You’ll also have to say you understand that the literary agency has access to materials and ideas that may be similar to yours in theme, idea, plot, or format. And you’ll have to acknowledge that you won’t be entitled to compensation because of the use of any such similar or identical material if the literary agency or its clients create such material independently.

So, what can you do to protect yourself if you can’t get a literary agent to sign a nondisclosure agreement? Start by copyrighting your book. Then do your due diligence and research people (success stories and testimonials are a good indicator of reputation and ethics). Lastly, trust your instincts.

At some point, if you’re serious about getting your book out there… you’re going to have to trust someone. I know that can be hard, especially if someone has burned you in the past. But you’ve got to get over it.

An agent can’t steal your idea if you don’t put it out there.

But you can’t get a publishing deal
that way, either.