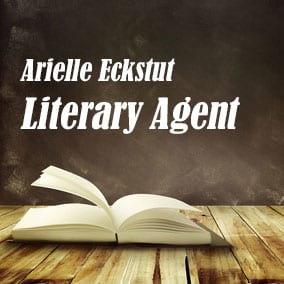 Arielle Eckstut Literary Agent was a literary agent with the Levine Greenberg Rostan Literary Agency. She is no longer taking submissions. She was the co-founder of The Book Doctors. Book Agent Arielle Eckstut was also an author of 9 books, including, The Essential Guide To Getting Your Book Published.

Arielle Eckstut Literary Agent spent two decades assisting hundreds of authors get published. She was also a successful entrepreneur. She co-founded the iconic company, LittleMissMatched, and grew it from a tiny operation into a leading national multi-million dollar brand with stores in major destinations such as Fifth Avenue and Disneyland, Disney World. Literary Agent Arielle Eckstut appeared everywhere from NPR’s Morning Edition to The New York Times to USA Today. She has even appeared on QVC.

Scroll below now to view representative titles and a complete profile for Arielle Eckstut FREE in our Book Agents Directory.

Scroll below now to view the AAR status and a complete profile for Arielle Eckstut FREE in our Book Agents Directory.

Scroll below now to view the email and postal address for Arielle Eckstut FREE in our Book Agents Directory.

Want more information about Arielle Eckstut Literary Agent? Join thousands of other subscribers today by entering your first name and email address. You’ll get free access to the Directory of Book Agents with detailed profiles for all book agents, including Arielle Eckstut.