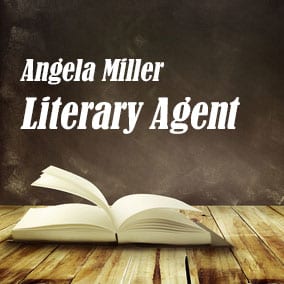 Angela Miller Literary Agent earned a BA in Literature, and became an assistant editor at Oxford University Press, working for the editorial director of philosophy, poetry, and mathematics (go ask!)  and had the honor of meeting and working with the likes of Conrad Aiken and Seamus Heaney. After being editor-in-chief of the trade paperback division at Simon and Schuster for four years, she moved to her first agency stint as founder (with Mark McCormack) of IMG Literary, then her own Miller Agency, and later was the co-founder with Sharon Bowers of Miller Bowers Griffin in 2006.

Scroll below now to view representative titles and a complete profile for Angela Miller FREE in our Book Agents Directory.

Scroll below now to view the AAR status and a complete profile for Angela Miller FREE in our Book Agents Directory.

Scroll below now to view the email and postal address for Angela Miller FREE in our Book Agents Directory.

Want more information about Angela Miller? Join thousands of other subscribers today by entering your first name and email address. You’ll get free access to the Directory of Book Agents with detailed profiles for all book agents, including Angela Miller Literary Agent.