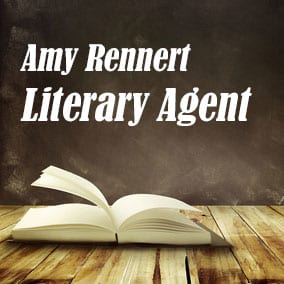 Amy Rennert Literary Agent has spent more than 20 years in the publishing business, pursuing her passion for the written word. She specializes in books that matter. Literary Agent Amy Rennert and her agency have developed a reputation since its inception for a passionate commitment to writers. She keeps the organization small to facilitate hands-on personal service and attention to her authors and their books.

Scroll below now to view representative titles and a complete profile for Amy Rennert FREE in our Book Agents Directory.

Scroll below now to view the AAR status and a complete profile for Amy Rennert FREE in our Book Agents Directory.

Scroll below now to view the email and postal address for Amy Rennert FREE in our Book Agents Directory.

Want more information about Amy Rennert Literary Agent? Join thousands of other subscribers today by entering your first name and email address. You’ll get free access to the Directory of Book Agents with detailed profiles for all book agents, including Amy Rennert.