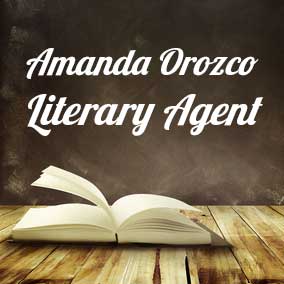 Amanda Orozco Literary Agent was a literary agent with Transatlantic Agency. She is no longer taking submissions. Book Agent Amanda Orozco was a new agent with the Transatlantic Agency. Publishing Agent Amanda Orozco gained experience in publicity, academic publishing, subsidiary rights, and agenting, before she joined TA. She graduated from UCLA with a degree in Physiological Science and an English minor and worked as a fine art instructor and freelance editor. She moved to New York to complete the NYU Masters of Science in Publishing: Digital and Print Media. While at NYU, she worked at the National Book Foundation, Shreve Williams Public Relations, and The Gernert Company; she was selected to attend the Frankfurt Book Fair and the Beijing International Book Fair. After graduating from NYU in 2019, she worked in Subsidiary Rights at Little, Brown, where she helped sell rights, until discovering agenting was her true calling. She worked at Park & Fine Literary and Media before moving back to Los Angeles, where she grew up.

Amanda Orozco Literary Agent has been a member of PoCinPub since 2018 and currently works for Dryland, the literary journal born in South Central, where she aims to amplify marginalized voices from the literary underground. She was particularly drawn to stories from Asian and Latinx writers, though she was always looking for stories with compelling writing featuring protagonists with a distinct voice and personality; gritty, quirky, clever, and/or twisty stories that surprise her and kept her reading through the night.

Don’t submit a query letter to Amanda Orozco Literary Agent because she’s on our list of book agents who’ve stopped agenting, retired, or passed away. If you want to find book agents that ARE seeking new clients, click here now to access our Book Agents Directory. Or scroll below to learn more about Literary Agent Amanda Orozco and Transatlantic Agency.

Scroll below now to view representative titles and a complete profile for Amanda Orozco FREE in our Book Agents Directory.

Scroll below now to view the AAR status and a complete profile for Amanda Orozco FREE in our Book Agents Directory.

Scroll below now to view the email and postal address for Amanda Orozco FREE in our Book Agents Directory.

Join thousands of other subscribers today. Simply enter your first name and email address for free, instant access to the Directory of Literary Agents. Get complete access to comprehensive profiles for both established book agents and new literary agents like Amanda Orozco Literary Agent.