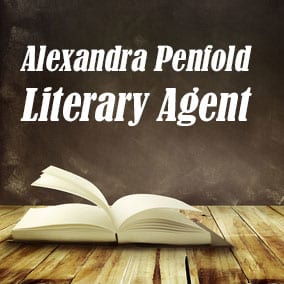 Alexandra Penfold Literary Agent – This article about Literary Agent Alexandra Penfold and Upstart Crow Literary is part of a series about literary agents and Finding a Literary Agent. Publishing Agent Alexandra Penfold is an agent with Upstart Crow Literary. DO NOT QUERY THIS AGENT AT THIS TIME: Alexandra is not currently accepting unsolicited submissions. Book Agent Alexandra Penfold didn’t follow the traditional English major track, instead her concentration at New York University’s Gallatin School of Individualized Study was in Entertainment Business and Marketing, basically did a Business major with lots of writing and entertainment and media classes thrown in. She rediscovered her love of children’s books through an internship in the marketing department at Simon & Schuster the summer of her junior year. She joined the team there as a publicity assistant soon thereafter and two years later, transitioned to the editorial side of things in 2005.

Alexandra Penfold Literary Agent has been working in publishing for nearly a decade. Formerly an Editor at Paula Wiseman Books/Simon & Schuster Books for Young Readers. Prior to becoming an editor, Alexandra was a children’s book publicist. She worked on media campaigns that appeared in USA Today, Newsweek, US News and World Report, and NPR’s All Things Considered. She’s the co-author of New York a la Cart: Recipes and Stories from the Big Apple’s Best Food Trucks, and the author of Eat, Sleep, Poop, illustrated by Jane Massey and We Are Brothers, We Are Friends, illustrated by Eda Kaban as well as three forthcoming picture books, for more on Alexandra’s books visit her website.

Scroll below now to view representative titles and a complete profile for Alexandra Penfold FREE in our Book Agents Directory.

Scroll below now to view the AAR status and a complete profile for Alexandra Penfold FREE in our Book Agents Directory.

Scroll below now to view the email and postal address for Alexandra Penfold FREE in our Book Agents Directory.

Join thousands of other subscribers today. Simply enter your first name and email address for free, instant access to the Directory of Literary Agents. Get complete access to comprehensive profiles for both established book agents and new literary agents like Alexandra Penfold Literary Agent.