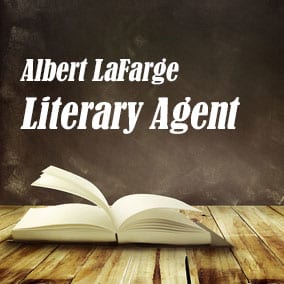 Albert LaFarge Literary Agent was awarded a certificate of distinction from the Derek Bok Center for Learning and Teaching, Harvard University, in 2000. He has taught classes on writing, editing, and publishing at Harvard College, Boston University, Massachusetts College of Art & Design, and Harvard University Extension School. He also teaches in the writing programs at Harvard Medical School and Wilkes University.

Scroll below now to view representative titles and a complete profile for Albert LaFarge FREE in our Book Agents Directory.

Scroll below now to view the AAR status and a complete profile for Albert LaFarge FREE in our Book Agents Directory.

Scroll below now to view the email and postal address for Albert LaFarge FREE in our Book Agents Directory.

Join thousands of other subscribers today. Simply enter your first name and email address for free, instant access to the Directory of Literary Agents. Get complete access to comprehensive profiles for both established book agents and new literary agents like Albert LaFarge Literary Agent.