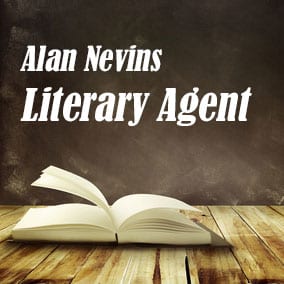 After Renaissance completed a three year stint associated with Michael Ovitz’s Artists Management Group, Renaissance was quietly placed in the background and Alan Nevins Literary Agent cut a deal with music and film management company, The Firm, to create a literary division that would come with longstanding and impressive relationships in Hollywood, London, and New York. After six years with The Firm, Literary Agent Alan Nevins departed in late 2008 and re-established Renaissance Literary & Talent which will allow him the continued independence to represent clients who may already have other talent managers and agency representation in place, but seek exclusive literary representation.

Scroll below now to view representative titles and a complete profile for Alan Nevins FREE in our Book Agents Directory.

Scroll below now to view the AAR status and a complete profile for Alan Nevins FREE in our Book Agents Directory.

Scroll below now to view the email and postal address for Alan Nevins FREE in our Book Agents Directory.

Want more information about Alan Nevins? Join thousands of other subscribers today by entering your first name and email address. You’ll get free access to the Directory of Book Agents with detailed profiles for all book agents, including Alan Nevins Literary Agent.