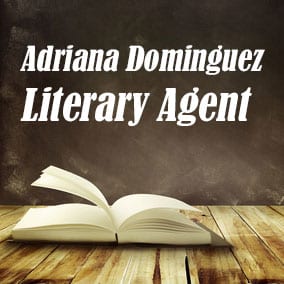 Adriana Dominguez Literary Agent is based in New York and has a long trajectory of publishing underrepresented and authors, and always welcomes submissions that offer diverse points of view. Books she has edited or represented have been awarded major awards and her list includes national and international bestsellers, and titles counted among the “Best of the Year” by Amazon, Kirkus Reviews, School Library Journal, The New York Public Library, Salon.com, Parents.com, NPR, BookPage, The Chicago Public Library, and many others.

A sampling of Literary Agent Adriana Dominguez’s latest titles includes: Maria Hinojosa’s highly celebrated ONCE I WAS YOU, Juliet Menéndez’s groundbreaking LATINITAS, Katheryn Russell-Brown’s NAACP Image Award winner SHE WAS THE FIRST! and Emma Otheguy’s A SLED FOR GABO available simultaneously in Spanish as UN TRINEO PARA GABO, along with exciting illustration projects, such as #1 New York Times  best seller Rafael López’s I’LL MEET YOU IN YOUR DREAMS, written by Jessica Young, Jacqueline Alcántara’s JUMP AT THE SUN written by Newbery Honor winner Alicia D. Williams and YOUR MAMA, written by NoNieqa Ramos (which together have garnered seven starred reviews), and Ana Aranda’s distinctive MOTH AND BUTTERFLY, written by Dev Petty.

Scroll below now to view representative titles and a complete profile for Adriana Dominguez FREE in our Book Agents Directory.

Scroll below now to view the AAR status and a complete profile for Adriana Dominguez FREE in our Book Agents Directory.

Scroll below now to view the email and postal address for Adriana Dominguez FREE in our Book Agents Directory.

Want more information about Adriana Dominguez? Join thousands of other subscribers today by entering your first name and email address. You’ll get free access to the Directory of Book Agents with detailed profiles for all book agents, including Adriana Dominguez Literary Agent.