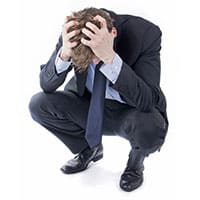 It takes a lot
to challenge me.

That’s because I’ve been in the publishing industry for more than two decades: as a writer, a literary agency owner and president, the Marketing and Licensing Manager for a well-known publisher, and now as an author coach and consultant.

But last week
I was humbled.

One of my long-term coaching clients, Harold Thomas, worked with me to create a book (from scratch) and pitch it to agents. Harold had a job at the time. He wanted to retire, make money, and make a difference as an author. We met at a writers’ conference on the East coast where I was giving a keynote.

Harold is unusual because he didn’t just want to work on his book. He wanted to figure out which book he should write, and he wanted to figure out how he should write it. That’s because smart authors (like Harold) know they can write about many different topics, in many different ways. However, there’s always one “best way” for an author to make his or her book more marketable.

Harold also wanted to create the best “author platform” to support his writing. He knew (after listening to my keynote) that he could increase his odds of getting a top literary agent and publisher by focusing on his platform first. And he knew that doing so would allow him to start making money right away, long before a publisher might offer him an advance.

So, Harold signed up for my “Big Enchilada” coaching program. In that program I work my wife and business partner, Ingrid Elfver, to help authors discover and/or develop their personal brands.

The first thing Ingrid and I did was get to know Harold better during a few phone calls. Then Harold flew out to see us at our home office for a couple days. On the first day we helped Harold see every option and opportunity in front of him. And, of course, we helped him decide which direction he should go. On the second day we created a detailed plan for Harold to implement over the coming months, so he could reach his goals.

After that, Harold flew back home and we continued working together by phone. We developed the core “messaging” for Harold’s brand that would communicate what he does, who he does it for, and why it’s valuable. We designed and launched his website at www.ABitPolitical.com. We developed his coaching and consulting programs. And we started getting Harold exposure by showing him how to get started on social media, and get booked as a speaker.

Harold began getting paid to fly around the country as a speaker, and he started getting coaching clients. Of course Harold also (with my help) outlined his book and created a killer query letter and book proposal. And he started querying literary agents.

That’s when everything fell apart.

It was looking grim.

Harold sent out 163 query letters to literary agents and not one of them asked to see more material or offer him representation. I was shocked and embarrassed. Now, I’m not completely responsible for my clients getting agents interested in their work, but I do have a 95% success rate. And, in Harold’s case, I helped him develop the book. So his success (or failure) was, in more ways than one, my success or failure.

I got on the phone with Harold
to have a heart-to-heart.

He wanted to know if the query letter needed to be tweaked. I told him no. In some cases I’ll change something. In other cases, like this one, I didn’t see anything that I could do to the query to improve it. We simply needed to find an agent who liked the concept of Harold’s book enough to give it a chance.

I told Harold not give up on himself, the project, me, or my process. I told him to continue trusting me, even though he had no tangible reason to do so. I reminded him that I know what sells because I’m a former literary agent. And I told him to send out more queries.

Harold, bless his heart,
did just that.

And (I’m getting goosebumps as I’m writing this),
he then got four requests for additional
material the following week.

A couple days after that Harold got an offer
for representation from a top literary
agency (The Steve Laube Agency).

All I could say when Harold
told me the news was
“Really? Holy crap!”

How could that possibly happen
after sending out 163 submissions
with absolutely no positive responses?

First, I admire Harold because he didn’t quit. But I also genuinely love him because he stayed kind throughout the process. In other words, Harold didn’t tell me that my book suggestions, book proposal and/or query letter sucked.

It would have been really easy
for him to think that.

Maybe he did think it,
but he never said it.

During my time working with Harold I learned that the responses you get from literary agents over time can be completely erratic. In other words, you might get a positive reply from an agent after sending out your first query letter… and then send out hundreds more and never get another positive. Or, like Harold, you might get 163 (or more) rejections and then, suddenly, get multiple requests for more material and an offer(s) for representation.

Don’t get too excited if/when an agent asks for more material. And, don’t get too upset when an agent turns you down. It doesn’t mean anything except that you need to keep going. As long as you do, you have a chance.