Yes or No… What Do You Think?

Home » Literary Agent Blog » Yes or No… What Do You Think?

What’s the most important key to reaching your goals as an author? Here’s a hint: It has nothing to do with your work ethic, concept, content, craft, style, or platform. Instead, it has everything to do with what you’re writing…in your head.

It’s just that you’ve heard
those things before…

The strategy I’m sharing with you today is the most important thing I learned last year. And that’s saying a lot since there were 365 days in the year. I learned a lot last year, and I was already familiar with most of the success, business, and personal development concepts floating around the universe…before I stumbled over this one.

So, I hope you take
this article seriously.

This is
your life.

These are your dreams
I’m talking about.

The Little Boy that Couldn’t (or Didn’t Want To)

Last December, as the holidays started creeping closer, I started doing exactly what you were doing: reflecting, refocusing, and looking forward to the New Year.

I discovered there’s a little 10-year-old boy
trapped in this 43-year-old man’s body.

He likes to
throw tantrums. 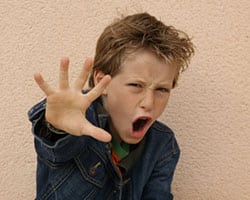 He also
loves to say:

Once I realized that my inner child was throwing fits (thank you to my lovely wife, Ingrid, for pointing that out), I could see how much it was affecting my (our) life. When you’re a child you might be put in “timeout,” lose your toys for a while, or miss out on cool trips to the ice cream shop or faraway magical places like Disneyland.

When you’re an adult,
you miss out on other things.

For example, if you’re an author, your inner brat can prevent you from getting published. In my case, I realized my inner brat might cause me to lose my best friend (Ingrid) if I didn’t change.

Ingrid and I are a power couple in many ways. We’re probably happier than most couples, and we’ve achieved a lot of our goals together over the last 14 years. But we’re far from perfect. And that’s mostly my fault.

You see, Ingrid’s best quality (in my opinion) is her natural born ability (or well-practiced skill?) to constantly say, “Yes!” and “What if?” Although Ingrid is a master at being blissful in the present moment, she’s also (simultaneously) thinking about going bigger and she’s thinking about what she (we) can do next. 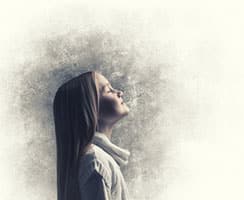 “Let’s become the absolute best in the world at what we do. Let’s move to New York City or Beverly Hills and play on a bigger stage. Let’s impact a billion people with our work. Let’s create a billion dollar business. Let’s do more with nonprofits and charities. Let’s experience the best of everything life has to offer. Let’s go faster, because we can. Just say YES.”

When Ingrid and I first met, her grand vision excited me. Ingrid’s drive and optimism were two of the reasons I was so attracted to her. But her big thinking also scared me to death and became a source of severe stress. It challenged me, caused me to doubt my ability, and sometimes made me think Ingrid was delusional. And I’d really lose it when she told me that I was holding us back because I was thinking small.

“It’s great to have that vision but a million people wouldn’t so bad, or even a few hundred thousand. Plus it takes time to create everything. Someone has to do the work to make it happen. I can’t do more than what I’m doing right now. You have great ideas but they’re not grounded in reality. You have the big vision, but I have to take care of all the details. Maybe we’d get there faster if you’d spend less time meditating and more time implementing.”

If it helps, at least I didn’t say things like that to Ingrid very often. It was more of a silent, and (dare I say it?) abusive undercurrent. But that didn’t make it any less toxic or debilitating. At least I can see it now and admit it. I was tearing Ingrid down to make myself feel safe, adequate, and more in control.

Why am I
telling you this?

Because I know, on some level,
you’re doing the same thing
with yourself.

So you say toxic and debilitating things to yourself. But that part of you isn’t the real you—the adult you. It’s your inner brat.

The solution is simple, and it really works. I’m living proof (just ask Ingrid). Have hope ladies, men can change—although it might take us more than a decade to do it.

If you want to reach your publishing goals
this year, follow these three steps:

First, you need to have a dream
and a burning desire to
become a bestselling author
(that’s the easy part). 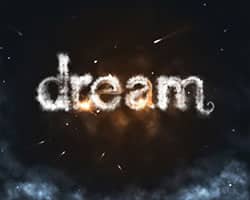 Second, you need to be honest with yourself about the fact that you have an inner brat that’s holding you back (we all have one, so the sooner you admit that, the sooner you’ll reach your goals).

Third, you need to start catching yourself every time you get afraid of your potential failure (or success). You need to catch that little boy or girl inside yourself. You know, the one that likes to make pouty faces and say things like:

Instead, you need to
start saying:

“What would I actually need
to do to make that happen?”

On some level you already know that your mind (and the universe) have a funny way of showing you solutions… but only after you say “Yes!” and make a real commitment.

PLEASE don’t think to yourself that you’re doing this already. I know you’re doing it sometimes. But you have to do this constantly if you want to reach your goals. Not just when you’re in your zone, but also when you’re most afraid. And that is not easy. Believe me, I know. It takes a burning desire and a lot of practice (and often a third party to remind us).

But it’s worth it.

It could (it will) cost you your publishing dreams,
and it could cost you one or more of your relationships.

So say “Yes!” and we’ll reach our big goals together this year. You’ll become a published author (maybe a bestselling author). And I’m going to be there with you, helping you…but also challenging you (and myself) along the way.

By the way, did I tell you that Ingrid and I are moving to Beverly Hills this spring, from the quiet little Colorado town where we are now? We’ll be hiring more staff? We’ll be speaking at lots more events all over the country? We’ll be introducing lots of new products, events, and services? And that’s just the beginning.

I’m getting excited
(and nauseous)
just thinking
about it.

Because I have no idea how we’re going to make it all happen. But I do know we’ve made a serious commitment to figure it all out. And I really do want us to live our BIG life.

What are your big dreams for this year, and what
does your inner brat have to say about them?

And, if you haven’t already done so, click here now and listen to the FREE 60-Minutes “Best Year Ever” Audio Training that Ingrid and I recently recorded…to help you make the next twelve months your best ever.