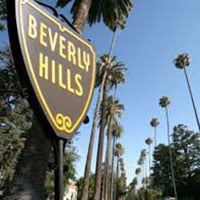 When Ingrid and I move to California at the end of this April it’s going to be a catalyst for you, in one way or another. So I thought I’d explain what we’re doing (and why), and tell you how it’s going to affect you.

For those of you who’ve followed The Bestselling Author and Literary Agent Undercover for a while, you know that we’ve grown a lot in the last 3-1/2 years. And you know that we’re moving to Beverly Hills.

Here’s what you don’t know…

You Have a Big Decision to Make

Our move is an opportunity for you
to go big(ger) or be small.

Ingrid and I decided in December of last year that we were finally going to make the big move from the Boulder, Colorado area to Beverly Hills, California (we’re going to have someone in NYC as well, since that’s the publishing capitol of the world).

From the moment I started thinking about the move, it’s been simultaneously exciting and stressful. Tremendous opportunities mixed with equally tremendous unanswered questions and risks. Unfortunately, you can’t have one without the other. Otherwise everyone would be living their big lives and they’d feel more fulfilled.

For those of you who don’t know, Ingrid and I met at a writers’ conference in Santa Barbara in 2001. I was living in Ft. Lauderdale at the time and she was living in Malibu. I convinced Ingrid to move with me to Florida, with the understanding that one day soon we’d end up back in California. Several years later, the publisher I was working for in Florida relocated us to Boulder, Colorado. And now, many more years later, I’m finally making good on my promise to get Ingrid back to California!

Once we made the decision,
we started telling people.

Some of those people (normal people, in my book) said, “Congratulations.” They assumed that our moving from Colorado to California was something we wanted, and it would be a good thing. Those people asked us questions, seeming genuinely interested in our goals and dreams. They also said it made perfect sense for us to be in California since the movie industry is there and Ingrid works with some celebrity clients. Plus, there are a lot more events and places to network in Los Angeles.

Other people have reacted
very differently…

We’ve come across lots of negative Nellies and self-absorbed Sams. They’ve literally said things such as, “I’m sorry” when we shared the news about our move. They assumed that us moving from Colorado to California was something we didn’t want, or that we shouldn’t want. They made faces like they were constipated and told us why they didn’t like California. And they didn’t ask us one question about why we were doing it.

Way to be a buzz kill
for us, and for yourself.

Here’s what
I mean…

Think about how our moving news is affecting you (even though you might think it’s not affecting you at all). When you first found out we were moving from a quiet little mountain town like Boulder… to the faster-paced, celebrity-filled city of Beverly Hills… what went through your mind?

Life is nothing more than a series of decisions (big and small) that we’re forced to make every day about who we think we are… and who we think we can be. I say, “forced to make” because we all know that, every moment, we’re either growing or dying. There is no staying the same. So when other people around us make decisions to go bigger or smaller… it validates or challenges our view of ourselves, the choices we’re making, and the choices we’ve made in the past.

The more aware we are of that,
the more empowered we become.

What Our Move Means for You

I realized I better spell this out though when someone asked me if we’d be continuing to run our businesses or shutting them down. “Of course we’re going to continue” I exclaimed, “you couldn’t drag us away from what we do, we love it.”

But we’re not going anywhere
(except to California).

If you’re one of our coaching clients, you’re not going to miss a beat during our move. Don’t postpone anything you’re doing. With modern technology we have access to phones and emails 24/7, even when we’re on the road like we were this week house hunting (a story for another day – we learned the hard way that finding the perfect home is a lot like finding the perfect literary agent and publisher – not something to take lightly).

If you’re thinking about signing up for an introductory coaching call with me, I suggest you do that right away. Because of our upcoming move and the fact that we were on the road all of this week house hunting, there are less time slots available. In other words, the longer you wait to sign up for a call with me… the longer you’ll have to wait to get me on the phone (or Skype).

Other than that, our upcoming move simply means we’re going to have more influence, be more successful, and be happier. And that’s a good thing for you. No, that’s a GREAT thing for you… because it means we’ll be providing even more information, inspiration, and opportunities to help you become a bestselling author. Who knows, you might even want to come visit us in Beverly Hills.

Our stars are on the rise.