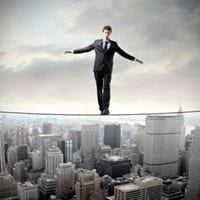 …is usually used to describe something that fiction readers do: Temporarily “forget” that something is improbable, and focus on the fact that it’s possible (so they can enjoy the journey).

Suspension of disbelief is equally important to you as
an aspiring author. And I don’t just mean novelists
(I’m talking fiction and nonfiction authors).

As an aspiring author you must temporarily “forget” that getting a major publisher is improbable, and focus on the fact that it’s… so you can enjoy the journey (and increase your chances of being successful).

Why’s it so important for you to suspend disbelief?

Because you aren’t just writing stories.

Yes (like it or not), you’re a character in
your own true-life drama as an aspiring author. 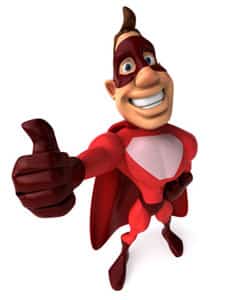 So, suspension of disbelief is a philosophy that you
must follow, as you’re watching the story of YOU unfolding…
the story of you as protagonist (on your very own Hero’s Journey).

That means you need to forget the cynics
(including those inside your head).

How important is suspension of disbelief?

Let’s just say that I almost got into a shouting match over it
at the Santa Barbara Writers’ Conference many years ago
(some things are worth fighting for, this is one of them).

I was on stage in front of hundreds of aspiring authors.
And I was on a panel, amidst a gang of jaded agents
and editors. I was literally under attack, along
with all the innocent writers in the audience. 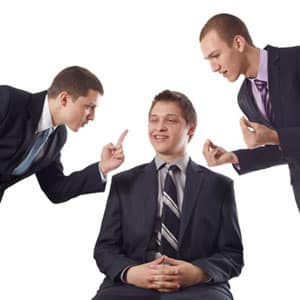 The publishing professionals surrounding me were doing
what many people in their position do at writers’ conferences,
spinning tales of personal and professional struggles and the
oh-so-dire condition of the publishing industry… making it
seem impossible for anyone to succeed but them.

Stepping on the throats of aspiring authors.

Watching the light fade from their eyes…

I wanted to slap them
(or at least shake them violently).

Yes, it was really that bad. 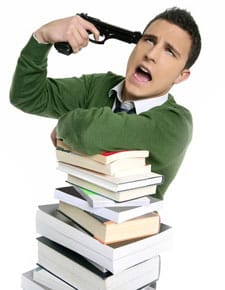 I couldn’t believe that good people (talented writers)
had actually paid money to sit there and listen….

To that… well, crap.

Of course, I openly protested.

And I wondered if those broken beings on the stage
with me, had ever heard the expression…

To be honest, I can’t remember every word I said that day (it was many years ago),
but I do remember leaping out of my chair, gesturing wildly, and speaking
passionately about the following:

First, every single person on the planet has at least one book in them with bestseller
or high commercial potential. Of course… not everyone has the desire, patience,
or passion to get that book out there. But, everyone has the potential
(I’ll explain that in greater detail in a future article).

Second, even though many people won’t go on to get a literary agent,
a reputable publisher, and a decent book deal… many will. 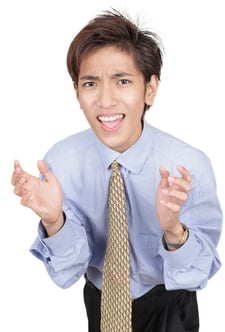 Third, I pleaded with the audience to surround themselves with
people who are positive and hopeful. Because I’ve found that
to be much more productive than the alternative.

At the time of this “incident” in Santa Barbara, I was admittedly
younger and less experienced than most of the people I was on
stage with. I could see that I was challenging “the establishment.”
And I knew that I probably wouldn’t be invited to return to
the Santa Barbara Writers’ Conference, but I didn’t care. 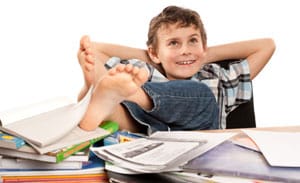 Because anything is possible,
especially when it comes to publishing.

It only takes one person to see
and understand your vision.

It only takes one person to help you
share that vision with the world.

Don’t listen to the cynics, including
those inside your head.