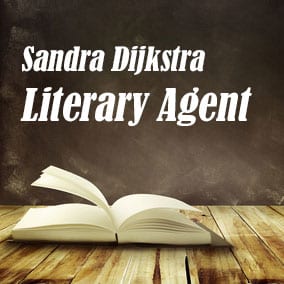 Bicoastal, Sandra was born in the Bronx, schooled in the East, and then came West to attend grad school at UC Berkeley, bringing to her agenting a literary taste honed by a Ph.D. in French literature, a keen editorial eye trained during a decade of university teaching, and, on the business front, her homegrown New York selling smarts. Within her first decade of agenting, Newsweek dubbed her “the best agent in the West,” Esquire chose her as one of the nation’s “top five literary agents,” and the Los Angeles Times proclaimed her an “über-agent” and “the most powerful literary agent on the West Coast.”

Sandra looks for writers with something significant to say, who know how to say it in a distinctive way, and whose books help to make this a better world. She is agent to major American historians, including Pulitzer Prize-winners Eric Foner, Steven Hahn, and Leon Litwack, and National Book Award finalist Adrienne Mayor. She is also proud to represent renowned historian of ideas, Michael Kazin; scholars of the slave trade, the late Ira Berlin and Marcus Rediker; Immigration Studies historian Erika Lee; Jewish Studies historian Steve Ross, Religious Studies historians Steven Prothero, Paula Fredriksen, and Matt Sutton; and feminist historians Elaine May and Marilyn Yalom, as well as LGBTQ historian Lillian Faderman, and more.

The advocate for a leading group of investigative journalists, Sandra has championed the work of the Washington Post’s Tom Hamburger, the Los Angeles Times’ Michael Hiltzik, the Wall Street Journal’s Jess Bravin, and ProPublica’s T. Christian Miller, among others.

On the science front, her list features such gurus as Don Norman, Dr. Irvin Yalom, Dr. Gary Small, Bernd Heinrich, and Jordan Fisher Smith. On the business side, she is proud to represent bestseller Joel Greenblatt, and David Einhorn, and to have agented Max DePree’s classic Leadership Is an Art.

Sandra is, perhaps, best-known for her eye for quality fiction that sells well, representing authors such as Maxine Hong Kingston, Amy Tan, Lisa See, Nobel Prize-winner Mo Yan, Chitra Divakaruni, and Shobha Rao, among others. On the mystery/thriller side, she champions bestsellers Diane Mott Davidson (the Queen of the Culinary Mystery), and former Cosmopolitan editor Kate White. And, on the children’s front, she is Stellaluna author/illustrator Janell Cannon’s proud agent.

Her goal is to help authors realize their dreams, supporting their work through each phase of the publishing process, so that their books reach the widest readership, here and abroad, and in as many formats as possible. To that end, she has assembled a powerful team of colleagues, each of whom has her own list, representing a wide range of genres, and each determined to make it happen for the authors they represent.

Scroll below now to learn more about Sandra Dijkstra Literary Agent or click here to get free instant access to our official Literary Agents Directory.

Join thousands of other subscribers today. Simply enter your first name and email address for free, instant access to the Directory of Literary Agents. Get complete access to comprehensive profiles for literary agents like Sandra Dijkstra Literary Agent.