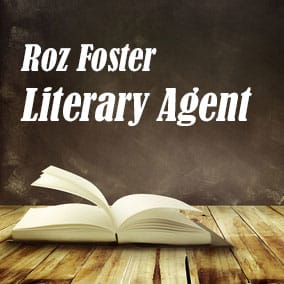 Roz Foster Literary Agent – The profile about Literary Agent Roz Foster that you see below contains some of the information you’ll find in our free Directory of Literary Agents, with literary agent listings for both established and new book agents. Publishing Agent Roz Foster is an agent at the Frances Goldin Literary Agency. She joined the agency in 2019. Previously, she spent over six years as a literary agent with the Sandra Dijkstra Literary Agency. With a BA in English literature from UC San Diego, she studied philosophy for a year at the University of Sheffield, U.K., and earned her MA in English, with an emphasis in composition & rhetoric and creative writing, from Portland State University. At PSU, she taught writing in exchange for tuition. She works from the Catskills of New York.

Roz spent over five years as a qualitative researcher in high-tech consumer products marketing. In 2008, she co-founded a web design company for which she provided non-profit organizations with audience-focused market research, project planning, and digital design. She joined SDLA in 2013.

Roz looks for driven, narrative storytelling and big, bold ideas with national and international, appeal. She looks for fiction with a resonant, lively voice; rich, irresistible language; characters with compelling development arcs; and a mastery of dramatic structure. Across the board, she’s looking for books that make her feel the author is tuned into a rising revolution—political, cultural, sociological, or whatnot—which is about to burst on the scene.

Scroll below now to learn more about Roz Foster Literary Agent or click here to get free instant access to our official Book Agents Directory.

Join thousands of other subscribers today. Simply enter your first name and email address for free, instant access to the Directory of Literary Agents. Get complete access to comprehensive profiles for both established book agents and new literary agents like Roz Foster Literary Agent.