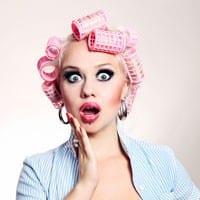 If You Want To…

I was attacked this week by an author…

Not an uppercut to the jaw, but something more sophisticated… words. Yep, a full blown assault on the comments section of my YouTube account (don’t bother going there to check it out because I deleted it – not the account, but the comment).

It was basically a rude and long-winded rambling by a frustrated writer (so I’ll spare you most of it). Here’s the important bit:

Mark, I’m sure that your blog will help lots of people who want to write and sell books based in commercial formula (i.e., how to create “fresh” versions of stuff that sold yesterday). But for anybody in what I still have to call the serious literary world, it’s a formula for what’s often called “tree killers”—books that only simulate actual reading, consume forests full of pulp and are gone into the shredder (where they belong) before you can blink… So, all in all, your advice seems great if you’re a literary profiteer with a businessman’s non-grasp of cultural and human history and whose reason for writing is first and last money.

After reading this rant I did what any other red-blooded Italian-American man would do. I thought (ever so briefly) about sending my boy Guido to take care of him. You know, smack ‘em around a little bit and teach him some respect. 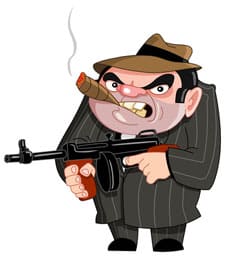 Instead, I wrote him a thoughtful and heartfelt (and brutally honest) reply, one that I’d be able to use as the foundation for an article (this one), to help you…

Here’s the reply that I sent (without the pictures):

I think the real issue here, triggered by you seeing my YouTube video or however you found me, is the motivation behind why we all do what we do. Here’s how I see it… all writers, whether they know it or not (and, whether they like it or not) are destined to live their entire lives atop a see-saw. 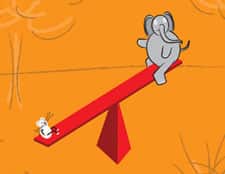 On one side of the see-saw… complete focus on writing (separate from any thoughts about publication, recognition, and/or how to make money as an author).

On the other side… complete focus on publication, recognition, and commercial success (how to make money as an author).

Most writers choose (consciously or subconsciously) to sit on one side or the other.

I try to sit in the middle.

Starting out as a writer (in college) I focused mostly on my writing… immersed in the pure, idealist, romantic bliss of creation… because I was young and just getting started as a writer and needed to learn my craft (at the time, love poetry). 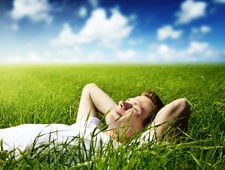 As I started getting older, maturing, and I got married with more financial responsibilities… my writing started losing a little of its luster. Don’t get me wrong. It was still fun and deeply rewarding but… it wasn’t ENOUGH by itself anymore.

I felt like I was supposed to do more… like, make money as an author… that I’d be incomplete or not living my destiny if I didn’t also get my books out to the world… and also make some money in the process. To be honest, I always felt like I was supposed to get my writing out there and make money as an author. But those feelings started getting stronger as I started working for other people after college… doing things I wasn’t passionate about.

Now I can’t imagine living a life without having BOTH things… not just inspired writing, but ALSO recognition and making money as an author. And… I have the added pleasure of helping other authors who share the same values (who also “want it all”).

Am I selling out, or being smart and embracing my destiny? 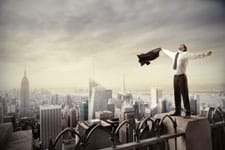 However, I believe that God (or some other divine power with more insight than myself) is the only one that really knows the answer.

That’s why I don’t judge anyone if they don’t want the same things that I want. Writing is hard enough. And writers should be more supportive of each other. Plus, everyone has a right to their opinion in my book… as long as they’re nice about it.

It sounds like you’re a really knowledgeable expert who is both talented and frustrated. I know it’s disheartening to realize that you might have to put just as much time and energy into marketing your writing as you did creating it (I know I’m overstating it, but that’s because I know how it feels).

To make matters worse, it’s even more disheartening because there’s no guarantee that (after going to the ends of the earth) you’ll get the recognition you deserve or ever make money as an author. Plus, based on what you told me about your publishing past… you’ve already been burned. 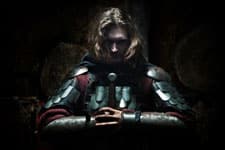 I’ve been playing with words most of my life and I still read “self-help books” for writers. The last one I read was just a few weeks ago, called The War of Art by Steven Pressfield. You’re probably already familiar with it, and (since we seem to have distinctly different points of view), there’s a good chance you won’t like it.

But, I thought I’d mention it anyway… just in case.

By the way, in your comment you bashed a movie (Cowboys and Aliens) that I used in an article as an example of a high-concept premise. You said “Cowboys and Aliens is great stuff if you’re 8 years old or in a nursing home.” I haven’t seen the movie (at least not yet, I’ll have to look and see if it got good reviews). 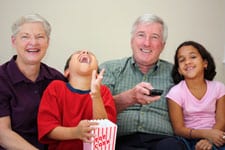 But that wasn’t the point.

I love reading beautiful prose, stylistically written, that’s more complex than most of what’s being published today commercially. But a lot of literary authors put too much emphasis on style and not enough on story. 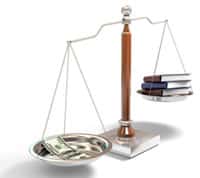 Back on the see-saw…

Weighing the balance between what we think our writing should be… and what we think lots of people are willing to line up and pay for.

I don’t see a right or wrong here.

What I DO see is an opportunity for introspection, tolerance, and balance. Taking it a step further (if you want to make money as an author), this isn’t just an opportunity…

I’m sorry that your publishing career hasn’t gone the way you’d hoped (at least, not yet). All I know is that you (and I, and everyone else) can only focus on what we have control over… and act on that.

Decide, right now, to figure out how you can be YOU… and find commercial success. 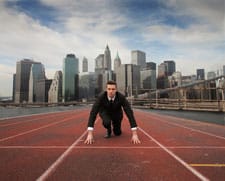 Or, let the writing go (along with the anger).

Yes, I’m a literary opportunist and profiteer (sort of). I’d never describe myself that way, but I don’t have a problem with you using that language. Money is indeed part of what motivates me, and it’s an important part.

Writing is an art, publishing is a business.

The way I look at it…

If I don’t have at least one foot in reality (and make smart, bottom-line, practical decisions), I’m not a writer. 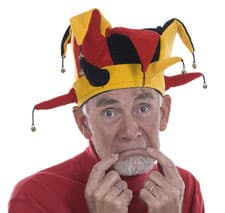 I refuse to let my writing be a “hobby” (not that there’s anything wrong with that… it’s just wrong for me).

Perhaps the hardest question to face as an author (or any other kind of expert) is this: “What good is all my passion and expertise if I can’t find a way to reach more people with my message?”

If you’re writing for yourself and/or close friends and family, your writing (alone) should be enough. But, if you’re as frustrated as you are, it’s obviously not. 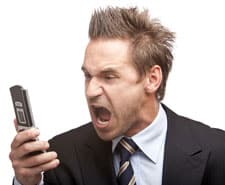 I hope you take this email from me as one thing and one thing only (because that’s what it’s meant to be), simply… encouragement.

I never met another human being (especially a writer) who couldn’t use another dose.

Wishing you all the best,

Make Money As An Author: Conclusion

Did I get a response? What did the disgruntled writer say? Did this story have a happy ending?

Here’s the reply that I got: 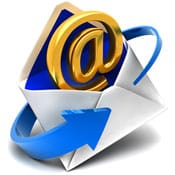 Thanks for taking the time to let me know more of your point of view, and I wish you good fortune.

Not the response I was looking for.

I wanted to help my “literary brother” have an authorial awakening. But I don’t think it’s ever going to happen. Mr. Snarky is probably never going to join my Literary Agent Undercover community or become an evangelist for my work.

I knew what I was getting myself into when I replied to the comment.

And the main reason that I did it is because I knew that I was also going to share it with you.

Someone who wants to make money as an author (and isn’t afraid to say it)… even though I know that you might sometimes get frustrated with the publishing process, too). 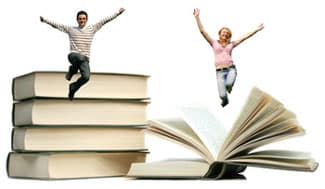 But you CAN make money as an author (just be patient and persistent).

And I hope you’ll leave your feedback in the comment section below.

You can even disagree… with my POV.

P.S. – If you want to get published and make money as a writer, read my article How to Write a Bestseller.