Are Literary Agents and Publishers Prejudiced? 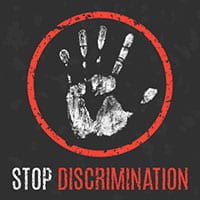 Are literary agents and publishers prejudiced? In other words, are books sometimes rejected because of an authors’ gender, age, race, politics, religion, sexual orientation, relationship status, religious beliefs, etc.? Of course, but it’s not as often as you might think. There are other issues. This articles explains. And, if you like this article, you might also find this one helpful: Literary Agents Seeking Diversity.

That’s the definition of prejudice.

The good news is that, most of the time, literary agents and publishers don’t reject books based on prejudice. However, there are three other reasons for rejection you need to know about. These three things have nothing to do with prejudice or writing quality per se. Although it might seem like it at first. And, if you understand these three things, you can increase your chances of becoming a more successful author.

Lack of Commercial Appeal or Relatability

One reason for rejection by literary agents and publishers is a lack of commercial appeal or relatability. Simply put, some authors work hard to write in a broad, inclusive way. They’re very conscious of their prospective readers, and they labor to make their writing understandable and of interest to as many people as possible. The opposite of that approach is “preaching to the choir”. That’s what authors do when they include content or write in a style that will only (or primarily) appeal to members of the minority or subculture represented in their work. In political terms, you might think of this as “only appealing to one’s base”, or, giving little thought or consideration to those who don’t already understand or appreciate your views or position.

I’m not saying that one approach is better than the other, inclusive or narrow, they’re just different. My job, as I see it, is to simply help you be clear about the difference between the two approaches, as it relates to you and your work. That way you can: write more consciously, reach the audience you want to reach, and achieve the goals you set for yourself. Many authors are completely, or somewhat, blind to the above. That’s why, as an author coach, I’m often able to help writers see where they are, currently, on their “subculture spectrum” and make adjustments based on their vision and mission. No matter who you are, what you’re writing about, or what your agenda is… conscious writing is more likely to be successful.

If you’re a male or female author and you want the opposite gender to read your book, is it written in a way that will attract both sexes? And, are you keenly aware of those things in your book that will elicit a negative reaction from the opposite sex? Here’s another example. If you’re a faith-based person, do you want your book to appeal primarily to the mainstream, or people who already share your beliefs; and, is your book written to achieve that effect? Similarly, if your writing is multicultural, do you want your book to be of interest to people who don’t share that ethnicity; and, have you written your book in a way that it will have that appeal?

Making a book more inclusive and commercial is about dividing your attention. You need to focus on the unique details and perspective of the subculture your book represents–those that make it interesting and different–but you also need to focus on the universal themes that build bridges between you and your readers. For example, a story about racial tension caused by a black student attending a mostly white school could be interesting and insightful to people of any ethnicity. But, not if it’s “too black” or “too white”. An inclusive writer would view the details regarding black and white subculture in a book like that as secondary. The main focus would be the clash of two different cultures, period. That’s the universal part of the story than anyone can relate to.

Lack of Curiosity or Interest

Another reason books are rejected is a lack of curiosity or interest regarding the content or style. In other words, a literary agent or publisher might reject a novel about dogs because she simply isn’t passionate about dogs. It doesn’t mean she dislikes dogs or is prejudiced. She just doesn’t care about dogs. Total lack of interest or curiosity. Maybe she’s a cat person. Or, maybe she’s not interested in animals of any kind. Again, that’s not prejudice, it’s personal preference. Everyone’s entitled to decide what they like or want to read about. You probably don’t want people telling you what YOU should read, watch on TV, or eat for dinner. Agents are no different. By the way, the only thing you can do to help overcome this obstacle is make your pitch materials as interesting as possible. That’s what I try to do as an author coach. I want to help author writing a novel about dogs make it sound so interesting and relatable that even cat-lovers want to read it. That should be your goal as well. Not just when you’re pitching your book, but also when you’re writing your book.

The third reason for rejection by literary agents and publishers, that has nothing to do with prejudice, or writing quality, is experience. In other words, let’s say you’ve written a novel that features talking dogs as the main characters. But an agent reading your query tried to pitch a book with talking dogs five years ago and failed. Common sense ought to tell you he might be wary of taking on something “similar”. That’s just the way it goes sometimes. This type of bias can also work in your favor. An agent might look favorably on a talking dog book if he had success nine lives ago selling a talking cat book.

My Prejudice and Bias

I don’t care if you’re male or female, where you’re from, how old you are, what political party you belong to, what your relationship status is–or anything else. Well, that’s not completely true. I care. I’m just not going to use it against you, judge you, or try to put you in a box. And, it goes both ways. In other words, don’t ask me about my personal background and beliefs. All you need to know is that there’s nothing about my background or beliefs that will get in the way of me helping you reach your goals as an author–unless you’re writing books promoting prejudice.

I’ve helped authors of all ages (from 15 to 97) and many ethnicities (from all around the world): Black, White, Native American, Indian, Muslim, etc. Check out my recently updated success stories here and you’ll see a rainbow of young and old writers represented: Mark Malatesta Reviews. And please don’t be like the knucklehead who once asked me why there isn’t more diversity there. It’s simple. Minorities are, well, minorities. So, you’re going to see more “vanilla” testimonials on my website than all the other flavors.

Don’t talk about your gender, age, race, politics, religion, sexual orientation, religious beliefs, etc. when pitching literary agents or publishers–unless it’s relevant to the project you’re pitching. And, in case you’re wondering, it’s sometimes smart to hide one or more of those things to prevent prejudice. I sometimes advise my coaching clients to mask their age, gender, ethnicity, location, etc. when I’m concerned those things might be used against them. It’s situational though, so don’t ask me what you should do in the comments section below or on the FAQ / Ask a Question part of one of my main website. If you want to talk with me about that, click here, instead, to Schedule an Introductory Coaching Call.