Literary Agents Now More Than Ever 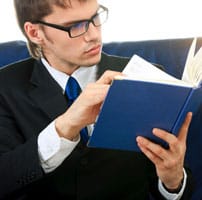 A writer pal called recently to grumble about his agent-and, formerly, mine. He’s a National Book Award winner a few years back, and together we endured a worst-case scenario: a small but well established agency changes leadership, and goes bankrupt at first slowly and then all at once. Mismanagement, late and eventually no royalty payments, broken paper trails, shuttered office, and the agony of a lawsuit. I recovered 50 cents on the dollar; my pal is still sorting things out. He has a new agent now whom he’s not fully happy with, and I’ve been getting by, sort of, without one. That kind of authorly conversation.

However, the more we talked the more we came around to a general point: literary agents are probably now more important than ever — for several reasons.

For beginning writers it’s tempting to say, “Hey, why do I need an agent? Why pay someone 15 percent when I can self-publish, or e-publish and keep 70 percent of the royalties?” But the real question is, “Fifteen percent of what?” The days of huge advances are over unless you’re someone with a million Twitter followers, but very few self-published/e-published authors make more than chump change. Objecting to a well-connected, in-your-corner agent taking 15 percent for selling your novel to an actual publisher is a sure sign that you’re not ready for prime time.

Second, despite the “disruption” of digital publishing and e-books, the literary agent remains a key part of the ecology of books and reading. Their largest service is a kind of Venturi effect (holding back bad writing, accelerating the good), and if that niche were to disappear we’d be lost in vast Amazon-like jungle of lesser books. Wait a minute — that’s already happened!

But it doesn’t have to happen to you. An agent’s job is to keep you from getting lost-artistically, contractually, and in ways not yet invented at the reading of this document (as a good Rights contract might read). Agents are crucial when it comes to negotiating contract language between you, publishers, and especially film studios. Agents understand writers and the writing life. And agents are the most intelligent conversationalists in the literary world (after your editor) because their job is to know things and people that you don’t.

In Hollywood, it’s commonly accepted that “no one knows anything.” Films get made from seemingly random concatenations of events (I once had a novel adaption green-lighted for television because, I heard later, of a golf putt; whether it dropped I’ll never know). But in the book world there are still discernible markers, tracks to follow on the increasingly complicated pathway to publication. A reputable literary agent remains your best guide.