It’s Not What You Say…

Home » Literary Agent Blog » It’s Not What You Say…

This article will help you do a better job promoting your book(s) to literary agents (as well as to publishers, the media, and the general reading public).

What you say always matters, but when you say it also matters. In other words, if you say the right thing at the wrong time, you might get the opposite result of what you’re hoping for.

Let me give you an example
from the dating world
to help you get it.

Imagine you’re single—not romantically involved with anyone—but you want to be, and you just spotted the most beautiful person on the planet (according to you) in your favorite bookstore.

You know instantly that you’re going to miss your opportunity for true love (this could be your soul mate, after all) if you don’t do something quickly, so you decide to make a move.

What should
you say?

Should you introduce yourself and then immediately share all your baggage and bad habits? Like the fact that you’ve been divorced seven times, have a crooked toe, and snore like a wounded warthog?

Instead, you’d shift the focus away from yourself. You’d say something nice about the other person. And when you did start talking about yourself, you’d put your best foot forward (not the one with the crooked toe). 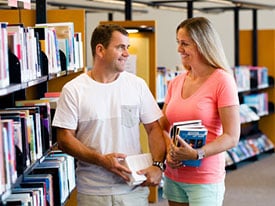 You’d save your baggage and bad habits for another day, a time in the distant future when (hopefully) your dream lover would already be vested in you. In other words, he or she would have already gotten to know you, like you, and be thinking about your future together.

Holding some things back like that
until the “right time” isn’t being
dishonest or deceptive.

I suggest you do
the same thing
with agents.

That’s right, there are
certain things you
shouldn’t share
with agents,
up front.

I’ll tell you
what those are
in just a moment.

But first, let’s talk
about the fact
that…

This kind of talk might
be making you a bit
uncomfortable.

You don’t want
to play games.

You just want
to be you.

But that
doesn’t work.

We need to
play the game.

What would your dream agent think if you were to disclose TMITS (Too Much Information, Too Soon) in your query letter? Forget about you getting to second base. You wouldn’t even get out of the batter’s box. 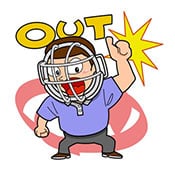 To spare you that embarrassment, here are three things you might want to keep to yourself, at least initially, until you’ve gotten an agent seriously interested in your work (offering to represent you).

I’m not saying that every author who’s self-published a book (including the one they’re pitching) should hide (temporarily) the fact that they’ve self-published. But I am saying they should consider it.

That’s because many/most agents will reject your work outright if you tell them in your query that you self-published (and you don’t simultaneously tell them you’ve sold 10-20,000 copies).

Literary agents want to tell themselves (and publishers) that you have the ability to sell heaps of books. If you’ve already self-published and only sold a few hundred copies, you suddenly start looking (a lot) less attractive. 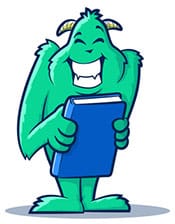 But, if literary agents find out you’ve self-published after they’ve read your manuscript (or some of it) and they’ve already fallen in love with your book, you probably won’t have an issue. Instead, agents will say things like, “We can work around the self-publishing thing.”

I know this for a fact because I’ve helped more than a dozen coaching clients in this situation. The most recent one was last week. I helped her get multiple agents (during a 30-day period) requesting her sample chapters and full manuscript for a novel she’d previously self-published.

The publishing
kiss of death.

We omitted that “little detail” from her query letter and we were able to fill her dance card. I told her not to bring up her “dirty little secret” until after her first offer for representation came in. When the offer came in, we used it to get other interested agents finishing the manuscript over the weekend.

The following Monday my client discovered
(surprise) that we’d gotten multiple agents
interested in representing her.

And they were all still interested
when they found out she’d
already self-published.

Except one (but we didn’t
love that agent anyway)!

Again, the process of finding
your dream agent is
a lot like dating.

Hook up with the first person
that comes along and
you might do okay.

Wouldn’t you
rather have options?

If you’re wondering how to temporarily hide the fact that you’ve self-published when a Google search for your name or book title results in lots of hits… I’m going to tell you how to do that, too.

In some cases, I advise my coaching clients to temporarily change the title of their book or use a pseudonym until things start getting hot and heavy with agents. Then I tell them when, and exactly how, to let the self-publishing cat out of the bag so they don’t get clawed in the process.

So, don’t be discouraged
if you’ve already
self-published.

I don’t suggest you try
to do this alone.

It’s like one of those high-speed car commercials where the driver is doing crazy stuff and the fine print on the TV says “Professional driver on closed course, do not attempt.” 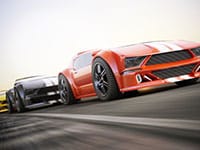 I’m not liable for anything you do
(or don’t do) based on the
content in this post.

Now, if you want to talk to me about your unique situation and find out what you should say (or not say) to agents, I can do that. Click here to Schedule An Introductory Coaching Call.

Here are a couple more things
you might not want to talk
about in your query.

If your word count is excessively low (or high)
for your genre, it might be best to
temporarily withhold that
information as well.

But I can tell you that the ideal
word count for a novel by a
previously unpublished
adult fiction author is
80-95,000 words.

Again, it’s not the end of the world if your book doesn’t fall within the sweet spot for your category. But it might be better to get agents hooked on your story before they figure it out. Then they’ll be more likely to take you on anyway. And, at that point, if they think your book should be shorter or longer, there’s a much better chance they’ll give you ideas about how to go about it. That way you’re not left guessing, and might have agency representation while you do it.

Now, if you want to know how long your book should be, that’s something I probably can answer… without a phone call. Ask me about your genre below in the comment section and I’ll do my best to tell you what your word count should be.

Maybe you’re retired or
“older than dirt” as
you like to say. 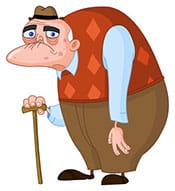 Or, maybe you’re
younger than
yesterday.

Don’t mention it
in your query.

97% of the time
your age isn’t
relevant.

Don’t make it
an issue.

If you emphasize the fact that you’re very old, some agents will think it means you’re out of touch… or… over the hill on the literary landscape.

And, if you emphasize the fact that you’re very young, some agents will think you can’t possibly know what you’re doing yet. Even though most agents are admittedly looking for the next young prodigy.

You need to be two things
if you’re going to be successful
(and happy) as an author.

You also need to
understand marketing.

Or, you need to team up
with someone like me
who can help you
understand it.

Do that and you’ll double
your chances of reaching
your goals and living
your big life.