Inside a Literary Agency by Elizabeth Lyon 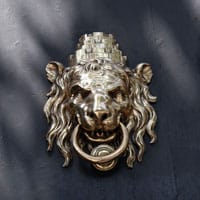 Ever wanted to spend a few days inside a literary agency? Many years ago (when I was an active agent), I invited a friend of mine (a book editor named Elizabeth Lyon) to do just that at my literary agency. A few days later, she wrote this article about her experience.

Inside a Literary Agency

As an editor and mentor to book writers, I hear a lot of grumbling about literary agents and, over the decades, have dished out plenty myself. At times, what agents do and don’t do, and why, has seemed as mysterious as the Egyptian pyramids.

When Mark Malatesta, owner of New Brand Agency, invited me to visit him and Cricket Pechstein at their Florida office, I jumped at the chance. Mark and I are associates and have become friends, and I appreciated the chance I would have to live and breathe, if vicariously, the life of an agent.

I was immediately struck by the total organization and order in the office. Clear desktops, tables with neatly stacked brochures, and no boxes filled with “to-be-filed” like in my office. Mark and Cricket are multi-task, high-energy people. I saw how a clear and efficient office would facilitate high performance, especially in their first five start-up years.

Their equipment and stock room had become a staging area for a New York sales trip planned for T minus one month. In fact, I sensed the precision planning of Houston Control. In every agency, including New Brand, sales take precedence over every other function-you don’t sell; you don’t pay.

Preceding trips to New York, Mark does a mass mailing of their catalogue, intentionally patterned in layout and font to publishers’ catalogues. It features all of their clients’ books, including a mock cover, an author photo, a marketing synopsis/blurb, and information about the promotional skills and background of the author. In my experience, producing a catalogue like this is atypical of literary agencies. Yet, I suspect this kind of marketing savvy may be a cutting-edge strategy that serves a newer agency very well.

New Brand also sends its catalogue to hundreds of conference directors. Writers may not realize that agents compete for them, and conferences help agents woo writers, even though few agents enjoy the interviews.

On a par with most agencies, New Brand receives hundreds of inquiries each week. I watched Mark read both email and paper queries. “I’m not really interested in taking on any new clients after I’ve completed a catalogue and am close to a sales trip,” he told me. Since I’ve heard many writers express suspicion over rejection letters that state, “We’re not taking on new clients at this time,” Mark’s statement offered a reasonable explanation.

Even so, as Mark and Cricket processed their slush pile, Mark spent about fifteen to twenty seconds on a query letter before he rejected it, and he rejected about ninety-nine percent of the stack, a rate equal to the reported average. The few that received more than a passing glance might have been well written, but the book wasn’t one that Mark felt drawn to. Several other rejected letters were pathetically entertaining: a pitch on a novel about telepathic cows, a letter with cut-out words from newspapers and magazines pasted all over it, and another query with veiled threats–“Since you obviously didn’t read the last two letters I sent you . . .”

Mark handed the stack of letters–the ones with SASEs–to Cricket, who stood ready with the agency form rejection letter. Before stuffing the envelope, she scanned the letters as well, and selected one, telling Mark, “I think this novel has potential.” They argued over its merits and Cricket decided to request sample chapters. This interaction drove home the importance of writers sweating cannon balls over their query letters, until they clearly convey what the book is about.

“Now here’s one,” Mark said holding the letter up like a trophy. “This is a writer we’d love to work with.” He read the query aloud, enumerating its winning qualities. “The writer has been to our web site and read it carefully. He’s responded to the personal information there as well as to the guidelines for submission. He’s got a sense of humor and his letter communicates his personality and voice. And,” Mark added triumphantly, “this novel fits the kind of works I like and can sell.”

Cricket agreed but was less enthused with the novel’s subject, affirming the subjectivity of this business. Even though Mark repeated that they were not in an acquisitions phase, he confessed, “I’m going to respond positively to this query,” revealing a paradoxical truth about publishing: Exceptions are the rule.

I decided that because Mark is thirty years old, and Cricket is staring down the big five-oh, their agency offers a good balance and diversity of literary taste. As we talked further about queries, they revealed one agency policy which, I believe, may become standard in the industry: They no longer represent authors who do not use email, and they prefer that all authors read their web site before querying. In fact, the New Brand’s business card they hand out at conferences only supplies their web address.

“We know we miss some wonderful authors and books,” Mark admitted, “but a lack of facility with email and the Internet costs us time and money we can’t afford.”

Money. Because selling books is just slightly easier than selling ice to the Eskimos, surviving and prospering as a literary agency is a dicey affair. Money comes from commissions on sales–the standard is fifteen percent–and not from how many manuscripts they edit, letters they mail, or careers they shape.

Mark shared the numbers with me, echoing what other agents have told me. Expenses are high; telecommunications, travel, office supplies, overhead, and postage to name a few. Profit, meaning income for personal use, is subject to the vicissitudes of the industry. If agents appear cold in sending rejection letters, sharp in criticism, or impatient with authors whose works or personalities they know they can’t work with, their reactions are not because they don’t care. To the contrary, Mark and Cricket, like most agents I know, love books, love their jobs, and care deeply about writers. To survive, they can’t afford to coddle or carry writers who won’t be able to help them pay the bills in the foreseeable future.

Unlike most agents, especially the agencies that have been around for decades, Mark and Cricket pour a lot of time into author or project development, a strategy that has already borne fruit. Mark has frequently directed writers to alter their slants, to polish a second book instead of a first, to plan a series of novels or nonfiction titles, or, in general to increase their sensitivity to timing and the marketplace. Not every agent has this skill, foresight, or patience.

Cricket is especially strong in editing, but in her role as an agent-editor, she holds different questions in mind than an independent book editor, questions like: How astute and capable is the writer to make the changes necessary to have a publishable manuscript? Is the writing close enough to publishability to invest the considerable time and energy that editing requires?

Mark and Cricket sought my opinion on a novel over which they disagreed. Mark loved the author’s voice, his originality, and the story. Cricket viewed the author as lazy, too many glaring errors and inconsistencies of craft; she believed he needed to develop his control of craft on his own. I recognized the striking talent that Mark saw, but agreed with Cricket.

Most of all, I saw how time-intensive being an agent is, or at least how much time and energy these two agents pour into building their business. Every night at New Brand, I dropped into bed, exhausted, typically about two a.m., while Mark and Cricket continued to work for hours, only to have the day begin again around nine a.m. With that kind of energy and determination, I have no doubt that they will quickly grow into one of the leading agencies in the country, , and I’ll be able to say, “I remember when . . ..” My good fortune is that I got to see the inside workings of a dynamic agency. Your good fortune is that you’ll have a chance to meet Mark Malatesta, because he’ll be attending this summer’s conference.