How FAST Are You? 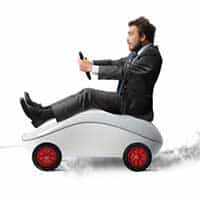 Home » Literary Agent Blog » How FAST Are You?

I don’t mean easy to get into bed, either
(I’m happily married, thank you very much).

I want to know if you can do certain things quickly,
because your success (in publishing and in life)
depends on it.

For example, I wouldn’t want you to rush if you were operating
on my heart or giving me a prostate exam. And I’d definitely
want you to take your time if you were cleaning my home.

Most of us give ourselves WAY too much time to reach our goals…
especially goals like finishing or marketing our books
(you know, goals that we don’t necessarily
perceive as life or death). 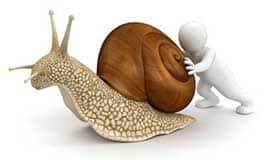 Why am I writing about
this particular topic today?

Well, there are less than 30 days between now and the end of the year. And I want you to jump-start some of your goals—publishing and personal—instead of thinking you should just relax and drink eggnog between now and January 1st.

Yes, I’ll be getting things done too.

Here’s how it usually works for me,
maybe you can relate???

It typically starts
around Thanksgiving.

The extra time off gets me thinking about things that I don’t normally have time to think about… and feel things that I don’t usually have time to feel. This year it was the writer in me, clamoring for attention. Not the writer in me that pens this column every week (he’s getting his needs met). It was the poet in me (I’ve been ignoring him for a while). 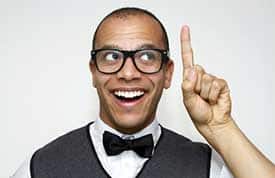 So, right around Thanksgiving I whipped out a notebook and started writing poems and quotes… about writing. That made me want to post them somewhere (isn’t there a famous quote by someone about not really being a writer unless you have an audience?).

Anyway, writing those poems and quotes inspired me to start using the social media accounts I set up more than a year ago as well. You know: Facebook, Twitter, LinkedIn, Google+, etc. I decided to create a social media campaign with more than 500 social media messages (including my writing quotes). I committed to start putting them online before the end of the year. And, yes, I’m going to start interacting with people on social media too, not just posting stuff.

I decided to do all of the above
in approximately 30 days.

Before the end
of the year.

Then reality set in.

My wife, Ingrid, wanted to discuss the new monthly tele-seminars we’ll be hosting soon. My sister called from Florida to talk about her boyfriend. And I was drowning in emails, query letters, and book proposals from my coaching clients that needed my attention.

But then I found my happy place, by remembering
some of the other things I’ve accomplished
in my life (in 30 days or less). 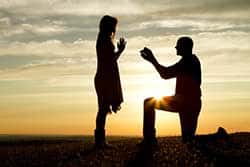 Procrastination and perfectionism don’t have to
kill your publishing career or prevent you
from achieving your personal goals.

All you have to do is… 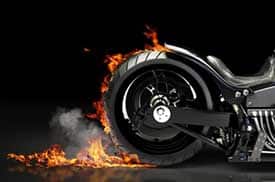 I know it probably sounds sappy…

I have my own personal muse that believes in me and keeps challenging me (even when I don’t want to be challenged). Hopefully, you have someone like that in your life. If not, I hope I can be that person for you. 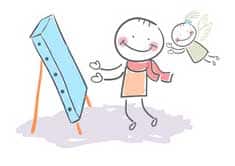 At least a little bit…

Especially when it comes to your writing.

What goal has this article inspired you to commit (or recommit) to? What exciting new opportunity (or pain-in-the-a*s challenge) have you been putting off… that you’re now ready to embrace?

Tell me below, I really do
want to know…