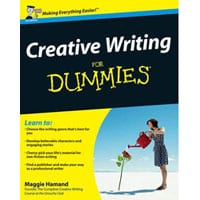 Scroll below to find out who the For Dummies’ literary agent is and get free access to the world’s most comprehensive Directory of Literary Agents.

You can also click here to see our top Literary Agent Search results.

Who Is the For Dummies’ Literary Agent?

Since 1991, the For Dummies book series has helped millions make everything easier. Now, Dummies.com is bringing the how-to brand online, where you’ll find proven experts presenting even the most complex subjects in plain English. For Dummies tells it like it is, without all the technical jargon.

How to Get a For Dummies’ Literary Agent

The For Dummies brand draws its strength from the collaborative efforts of For Dummies’ literary agents, authors, and staff — a diverse, creative, entrepreneurial group of people bound together by their talent and commitment to the integrity of the brand.

Canadian History for Dummies by author Will Ferguson by For Dummies’ book agent Carolyn Swayze.

Find contact information for a For Dummies’ literary agent and every other book agent in our free Online Literary Agent Directory.