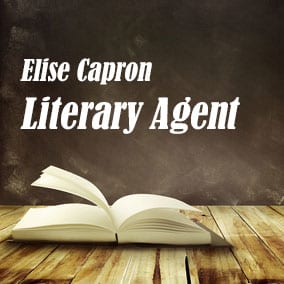 A graduate of Emerson College, Elise holds a BFA in Writing, Literature and Publishing. She has been with the Dijkstra Agency since late 2003.

Elise is interested in fiction that has unforgettable writing, a distinctive narrative voice, and memorable characters. She loves novels with an unusual or eccentric edge and is drawn to stories she has never heard before. She aims to work with writers who are getting their work published regularly in literary magazines and who have a realistic sense of the market and their audience. Some of Elise’s representative fiction titles include Tiphanie Yanique’s upcoming Monster in the Middle (Riverhead), Land of Love and Drowning (Riverhead) and How to Escape from a Leper Colony (Graywolf); Courtney Brkic’s The First Rule of Swimming (Little, Brown); Rachel Toor’s On The Road to Find Out (FSG); Jonathon Keats’ The Book of the Unknown (Random House); Rikki Ducornet’s Netsuke (Coffee House Press); Maureen McHugh’s After the Apocalypse (Small Beer Press), which was picked as a “”Top 10 Best of the Year”” by Publishers Weekly; Ali Liebegott’s The IHOP Papers (Carroll & Graf); and more.

On the non-fiction front, Elise is looking for fascinating true stories told in a compelling way. She is especially interested in working with up-and-coming scholars (particularly historians) who are looking to transition from the academic market to a trade readership, as well as journalists. Some of Elise’s representative non-fiction titles include Cynthia Barnett’s Rain: A Natural and Cultural History (Crown), which was long-listed for the National Book Award and the PEN/E.O. Wilson Literary Science Writing Award; Meera Subramanian’s A River Runs Again: India’s Natural World in Crisis, from the Barren Cliffs of Rajasthan to the Farmlands of Karnataka (Public Affairs); Jack Shuler’s The Thirteenth Turn: A History of the Noose (Public Affairs); Jonathon Keats’s You Belong to the Universe: Buckminster Fuller and the Future (Oxford University Press); Leo Braudy’s Haunted; Jane Vandenburgh’s The Wrong Dog Dream: A True Romance (Counterpoint); Billy Smith’s Ship of Death: The Voyage That Changed the Atlantic World (Yale); and more.

The profile about Elise Capron Literary Agent that you see here contains some of the information you’ll find in our free Directory of Literary Agents, with literary agent listings for both established and new book agents. Scroll below now to learn more about Literary Agent Elise Capron or click here to get free instant access to our official Book Agents Directory.

Join thousands of other subscribers today. Simply enter your first name and email address for free, instant access to the Directory of Literary Agents. Get complete access to comprehensive profiles for both established book agents and new literary agents like Elise Capron Literary Agent.