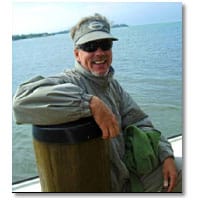 Scroll below to find out who Carl Hiassen’s literary agent is and get free access to the world’s most comprehensive Directory of Literary Agents.

You can also click here to see our Top Literary Agent Search Results.

Who Is Carl Hiassen’s Literary Agent?

According to Hiassen, most young writers need luck and some good breaks… and he’s had both. In college he helped a friend write two novels that were published. Later, working at The Herald, Hiassen and a reporter named Bill Montalbano wrote five chapters and an outline for a thriller that was set in the midst of Miami’s “cocaine wars” of the late 70s. Another friend of Hiassen’s recommended an agent, who passed them off to her assistant, who then got them a book contract.

Carl Hiassen’s book agent for adult fiction has been the same person for twenty years. Bill and Hiassen wrote three mystery thrillers together before Carl wrote his first solo novel called Tourist Season, published in 1986. One of Hiaasen’s most well-known novels, Strip Tease, became a major motion-picture in 1996 starring Demi Moore, and directed by Andrew Bergman. Who is Carl Hiassen’s book agent? Scroll below to find out.

Carl Hiassen’s book agent for adult fiction is Esther Newberg with International Creative Management (ICM). Newberg is the senior vice president at ICM. In addition to being Carl Hiassen’s publishing agent, Esther has represented Patricia Cornwell (Trace), Thomas Friedman, Michael Beschloss, and Caroline Kennedy. The New York Post called her “one of the most powerful book agents in the literary world.”

Skinny Dip to Patrick Janson-Smith at Transworld for publication by Bantam, by Kate Jones at ICM, on behalf of Carl Hiassen’s book agent Esther Newberg.

Basket Case to Fox 2000 and producer Laurence Mark, for six figures, with Michael Tolkin getting seven figures for the screenplay, by Carl Hiassen’s book agent Esther Newberg. Hiassen’s 1987 novel Double Whammy was recently optioned to the U.K.’s Seminal Films, and he’s developing a one-hour television series for Carsey-Werner-Mandabach, according to Variety.

Find contact information for Carl Hiassen’s literary agent and every other book agent in our free Directory of Literary Agents.