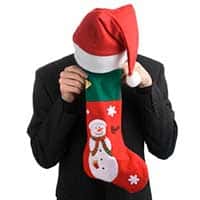 What’s the best time to submit to literary agents? Are some days better than others? Is there a best time of year to query book agents on our List of Literary Agents featuring the Best Literary Agents at the Top Literary Agencies? And, is there a best time of day to submit queries? Before I answer those questions, I should probably explain the timing of this article (even though it might be obvious if you live in the United States). It’s Thanksgiving time. After that, it will be Christmas. And, then, New Year’s Day.

If you simply listen to your gut as an author, or follow what you feel is “common sense,” there will be many times when you’ll hurt your chances of getting an agent, publisher, and book deal.

This is one of those times.

You still have a chance of getting representation if you submit your query to a literary agent on a big holiday. Or, if you unwittingly send a query to your dream agent during her honeymoon or summer vacation when she’s away for a few days, weeks, or possibly months.

Literary agents don’t automatically delete emails that arrive when they’re out of the office. And they don’t throw away mail and packages that arrive while they’re away. 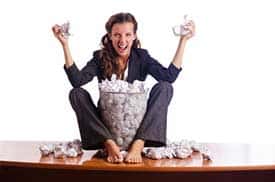 So, don’t press the panic button.

That said, timing is important.

In other words, you have a much better chance of getting an agent (and I mean a top agent) when you have many agents considering your work at the same time. That means you shouldn’t submit your work to literary agents during “off times.”

Let’s say you send out a batch of 40 queries to agents on Tuesday during Thanksgiving week. Two agents respond. One asks for sample chapters and the other asks for the complete manuscript. A few weeks after Thanksgiving, you get a rejection letter from the first agent. The next day, the other agent calls you and offers you a contract. 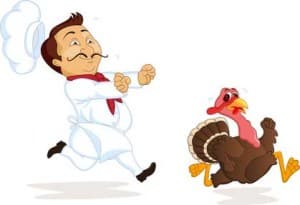 The agent seems distracted and disorganized, even though she has an impressive track record of sales. When you ask her a couple questions about your book, she gives you a long list of things she’d like you to change—some of them you don’t agree with at all. Plus, the changes would take a long time to implement.

What would you do?

Well, I can tell you (based on my experience working with hundreds of authors), that you’d probably do a bit of soul-searching (and grumbling).

Because a literary agent in the hand is better than an agent in the bush. You know, the agent who hasn’t gotten back to you yet. The one who might never get back to you.

Instead of sending 40 queries out right before a major holiday, you get everything ready…but decide to wait until the first Tuesday in January to send out your queries (when agents are more focused and looking for new clients). As a result you get 5 requests for more material (instead of 2). 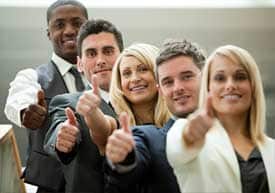 However, in this scenario
you have leverage.

Because you have
three other agents reading.

So you stall the agent offering you
the contract for you a few days.

You contact the other book agents who are still reading your sample chapters and/or manuscript. You let them know (delicately) about the first offer for representation, and you use it as leverage to get them reading your material faster. You even give them a deadline for when they need to get back to you and tell you if they’re interested in representing you.

Well, let’s say, on the day of your deadline, one of the three remaining agents doesn’t get back to you… and the second one sends you a rejection letter.

The final remaining agent
offers to represent you.

Now you have TWO agents
offering you a contract.

You have
a choice. 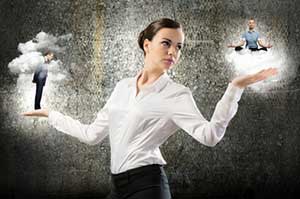 When you get on the phone with the second agent, you fall in love. He’s just as established as the first agent who offered you a contract, but he’s more passionate about your work. He also understands and respects your vision. Plus he tells you that he’d like to start shopping your book immediately… and try to get you a deal before the end of the year (the other agent mumbled something about not having time to shop your book until spring).

This isn’t a fairytale.

This is a true story that happened
to one of my coaching clients.

And it could just as easily
happen to you.

I know it might be hard to imagine (some authors have told me). For most authors, getting one agent interested would be like winning the lottery. That’s part of the problem–think bigger.

That’s the scenario
you want to create.

Because that’s you
in a position of power.

That’s why it’s critical for you
to be smart about timing.

Another time when as many as 40% of the agents are
temporarily closed during part of all of that period.

Yes, it’s true that most agents work during those times: They read material they’ve already requested, pitch books to editors and publishers, and hand out book deals.

They’re often closed to
queries during those times.

And, those who are open to submissions,
are distracted by travel and parties
and other festivities.

Why put yourself in a weak position
like that if you can avoid it?

It doesn’t matter what day of the week you send out queries.

I know, you’re thinking what I used to think.

Mondays are no good because everyone is slammed with emails after the weekend. They’ll delete their emails faster because they have so many to go through. 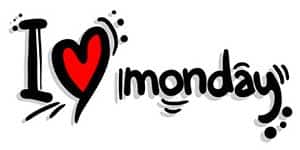 One author that I had an Introductory Coaching Call with told me that he sent out hundreds of queries prior to meeting me (for several different manuscripts), and he tracked his response rate. He swears Monday is the best day to submit queries. He’s gotten more positive replies on Monday than any other day of the week.

And yes, that author has gotten agents seriously interested in him and his work. He actually has an agent helping him edit one of his manuscripts right now.

What about sending queries out late on a Friday afternoon? That must be bad because agents are thinking about the weekend, right? 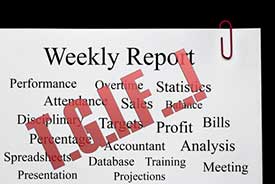 I’ve had many of my coaching clients submit queries on Friday afternoon and have success. On more than one occasion, literary agents have requested the complete manuscript within the hour… saying they’re going to take it home with them to read over the weekend.

Yep, those are good too.

I’ve had lots of my clients get requests for sample chapters or complete manuscripts on Sundays. Lots of agents work on the weekend or, at the very least, they check their emails Sunday night to get an early start on the workweek.

Any day is a good day
to send out queries.

Here’s something else that’s counterintuitive.

You probably think the best time to submit queries is during business hours, right?

One of my best success stories is about one of my author coaching clients who lives in India. He submitted a query by email after midnight to his dream agent. 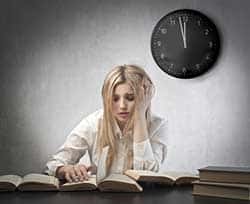 That agent responded in less than 5 minutes,
requesting more material.

And he didn’t send an email…

The agent called him on the phone!

About 30 days later, the agent secured offers from Random House, Harper Collins, and Penguin who ended up publishing my client’s book (click here to read all about it and hear an interview I recorded with the author, Lakshmi Subramani).

How cool is that?

The Best Time to Submit to Literary Agents
The Bottom Line

Don’t make yourself crazy trying to figure out the “best moment” to send out your queries. The best time to submit your work is the moment your pitch materials are polished…and ready to go. As long as you’re not sending out queries during the times I mentioned above, or right before (or after) some other major holiday, you’ll be fine.

And, if you want to make the process faster and easier (and you haven’t already done so) click here now to see how you can get my help 1-on-1 through the process.

Think of it as a Christmas gift to yourself. 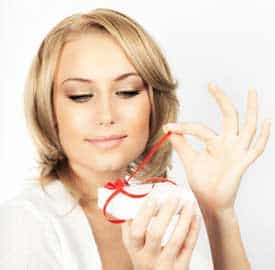 Don’t let another year go by without
getting your work in the hands
of top literary agents
and/or publishers.

That might be the only thing
standing between you
and what you want.

Getting the right person
to read your book.

There’s no one on this planet
who’s better at that
than me.

As of this morning, I’ve helped 223 authors get offers
from literary agents and/or traditional publishers.

Mostly because my authors are brilliant.

I simply help them get noticed.

And, if you are planning to schedule an
Introductory Coaching Call,
don’t wait too long.

Like book agents and publishers,
I’m taking some time off during
the holiday season as well!

Question or Comment About Book Agents or the Best Time to Submit to Literary Agents?

Please share this article about the best time to submit to literary agents with other authors who might enjoy it and/or benefit from it.